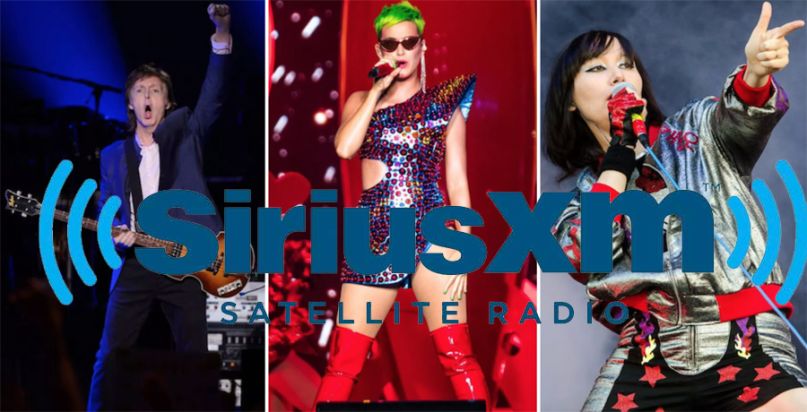 On Monday, the Music Modernization Act (H.R.5447) was hotlined in the Senate. That means the bill — which seeks to create fair-market licensing fees for music recorded pre-1972 and fix the way royalty payments are made to all parties involved — has a chance to pass by verbal vote without hitting the floor for debate or amendments. It’s a risky move that signals the wide support of the proposed legislation. There is one major roadblock, however, and it comes in the form of SiriusXM.

The satellite radio provider isn’t thrilled with being made to licensing for that pre-1972 music, arguing that they’ve already paid $250 million in royalties to labels (which, by the way, they wouldn’t have paid if the labels hadn’t sued). SiriusXM argues that the new legislation gives an unfair advantage to terrestrial radio, which is made exempt from such royalty payments. There are also some complicated carve-outs involving the 801-B standard, which dictates how royalty rates are set based on how they would affect the service in question (such as the cost of running a satellite network, for example), as well as how publishing rates are set in relation to label rates.

The legal ins-and-outs are rather complex, but the fact is SiriusXM is the only industry partner still voicing opposition to the MMA. And musicians aren’t haven’t it. Over 150 artists and executives — including Paul McCartney, Fleetwood Mac’s Stevie Nicks and Mick Fleetwood, Aerosmith’s Steven Tyler and Joe Perry, Katy Perry, Carly Simon, Sia, Pink, John Legend, Alessia Cara, Tom Waits, Kim Gordon, Jewel and Yeah Yeah Yeahs’ Karen O and Nick Zinner — have signed a letter vowing to boycott the satellite radio provider if they don’t change their tune on the legislation.

“It’s SiriusXM vs all of us,” writes Ross Golan, songwriter, host of the And the Writer Is… podcast, and author of the SiriusXM letter. “We can either fight to the bitter end or celebrate this victory together. Rather than watch bad press and ill will pile up against SiriusXM, why not come out supporting the most consequential music legislation in 109 years?”

Find the full list of signees at Variety, and read the complete text below.

I’m CCing some of the greatest songwriters and artists in the history of the music business to show our solidarity in support of this legislation in its current form. We are all aware of your company’s objections and trepidation but let me say that this is an opportunity for SiriusXM to take a leadership position. As you are aware, 415 Representatives and 76 Senators have already cosponsored the MMA along with industry consensus. It’s SiriusXM vs all of us. We can either fight to the bitter end or celebrate this victory together. Rather than watch bad press and ill will pile up against SiriusXM, why not come out supporting the most consequential music legislation in 109 years? We do not want to fight and boycott your company but we will as we have other opponents. Stand with us! Be brave and take credit for being the heroes who helped the MMA become historic law! Momentum is building against SiriusXM and you still have an opportunity to come out on the right side of history. We look forward to your endorsement but the fire is burning and only you can put this out.

SiriusXM has responded with its own letter detailing three amendments it wants made to the MMA. The statement once again makes the contention that SiriusXM shouldn’t have to pay any more for pre-192 works, and doubles down on its argument that parts of the bill give unfair advantage to terrestrial radio over digital and streaming services. Read the full text below (via Billboard).

“Over the past several weeks, we have been the subject of some stinging attacks from the music community and artists regarding our views on the Music Modernization Act. Contrary to new reports and letters, this is really not about a SiriusXM victory, but implementing some simple, reasonable and straightforward amendments to MMA. There is nothing in our “asks” that gut the MMA or kills the Act. So let’s talk about the substance of the amendments we propose, because we truly do not understand the objections or why these concepts have incited such a holy war.

Contrary to the accusations, SiriusXM has proposed three simple amendments to the MMA.

First, SiriusXM has asked that the CLASSICS Act recognize that it has already licensed all of the pre-1972 works it uses. This amendment would ensure that artists – the people who are supposed to be at the heart of the MMA – receive 50% of the monies under those existing licenses. Is that unfair? Just today, Neil Diamond wrote in the LA Times that: “I receive a small amount of songwriting royalties, but no royalties as the recording artist.” How can that happen? To date, SiriusXM has paid nearly $250 million dollars in pre-72 royalties to the record labels. We want to make sure that a fair share of the monies we have paid, and will pay, under these licenses gets to performers. Without this provision, artists may never see any of the money SiriusXM paid, and will pay, for the use of pre-1972 works. Artists not getting paid hurts our business!

Second, Sirius XM thinks that the fair standard to use in rate setting proceedings is the standard that Congress chose in 1995 and confirmed again in 1998 – which is called the 801(b) standard. However, we are willing to move the ‘willing buyer/willing seller’ standard contained in the MMA. In exchange, we have asked for the same concession that the MMA grants to other digital music services, but we were left out of–simply that the rates that were set last year for five years now apply for ten years. We thought this was a fair compromise when we read the “new” MMA that was released this weekend by the Senate, and are willing to live by that compromise.

Third, SiriusXM is asking the simple question: ‘why are we changing the rate court evidence standard for musical compositions in this legislation so that it gives another advantage to broadcasters over satellite radio and streaming services?’ There is no policy rationale for this change to tilt the playing field further in their favor, and frankly no one has been able to explain it to us. It is only fair that we debate why the change to Section 114(i) is in the MMA.

So that is the sum total of our changes. There is nothing hidden or underhanded in our views. We have offered these simple amendments on a one-pager. We are prepared to work with the NMPA and RIAA to adopt these amendments, pass the MMA, and move the music industry forward.”