He also says Cosby, like Supreme Court nominee Brett Kavanaugh, is a victim of a "sex war" 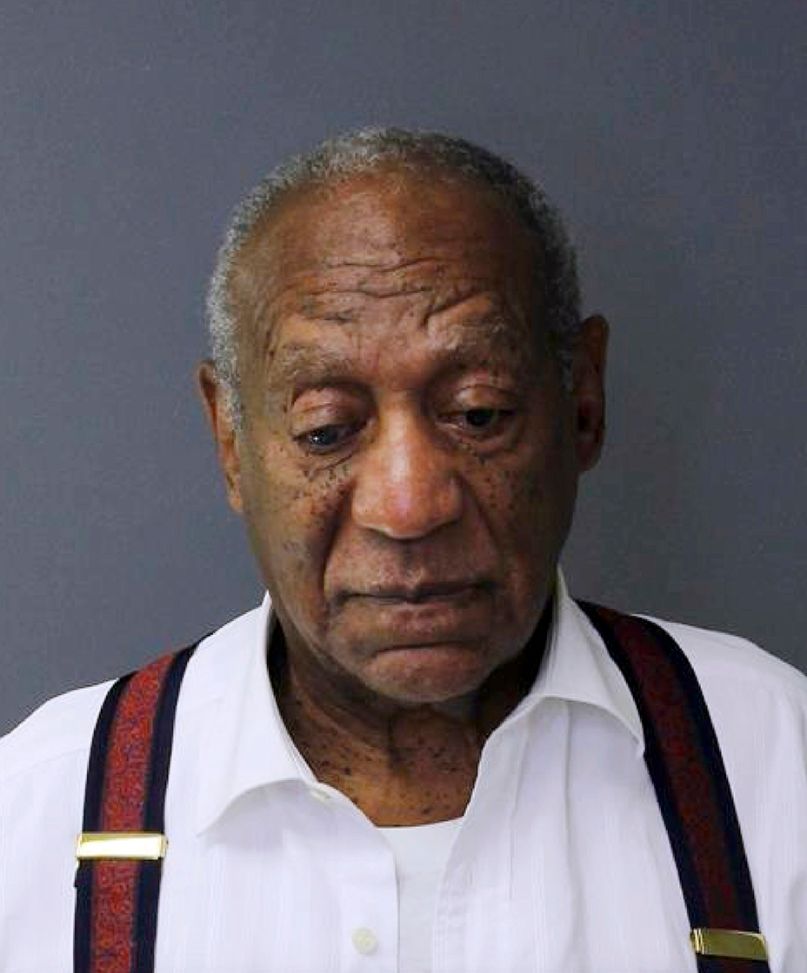 Bill Cosby was sentenced to no less than three years and up to a maximum of 10 years in prison today following an April conviction on three counts of aggravated indecent assault of Andrea Constand. Montgomery County Judge Steven T. O’Neill denied Cosby’s request for bail pending his appeal, and Cosby was subsequently handcuffed and transported to prison to jail to begin his sentence immediately. (That’s his booking photo up above.)

Outside the courtroom, Cosby’s publicist, Andrew Wyatt, delivered an insane condemnation of the verdict, comparing Cosby’s situation with that of Supreme Court nominee Brett Kavanaugh, who he says, like Cosby, is the victim of a “sex war that Judge O’Neill, along with his wife, are apart of.” Calling the trial the “most racist and sexist trial in the history of the United States,” Wyatt went on to characterize the three psychologists who testified as “white women who make money off of accusing black men of being sexual predators.”

He also added, weirdly, that one “is a practitioner of mindfulness,” which “is an eastern-inspired practice that is controversial in the field of psychology.” Um. Okay?

“They persecuted Jesus and look what happened,” Variety quotes Wyatt is saying, a statement that compares Cosby, a man credibly accused of sexual assault by over 60 women, to Jesus Christ.

Read a portion of Wyatt’s remarks below:

Uh, quite the statement from Andrew Wyatt, Bill Cosby's publicist, from outside the courthouse.

"I believe and think it is important to point out that this has been the most racist and sexist trial in the history of the United States."

In addition to his sentence, the disgraced comedian must register as a sex offender and pay a $25,000 fine on top of prosecution fees.

In May, the Academy of Motion Picture Arts and Sciences banned the disgraced comedian (along with Roman Polanski), while Northwestern University revoked Cosby’s Honorary Degree in June.

Bill Cosby's publicist, Andrew Wyatt, claims both Cosby and Brett Kavanaugh are victims of "a sex war" that is "going on in Washington today." pic.twitter.com/jRHOjzUZD7