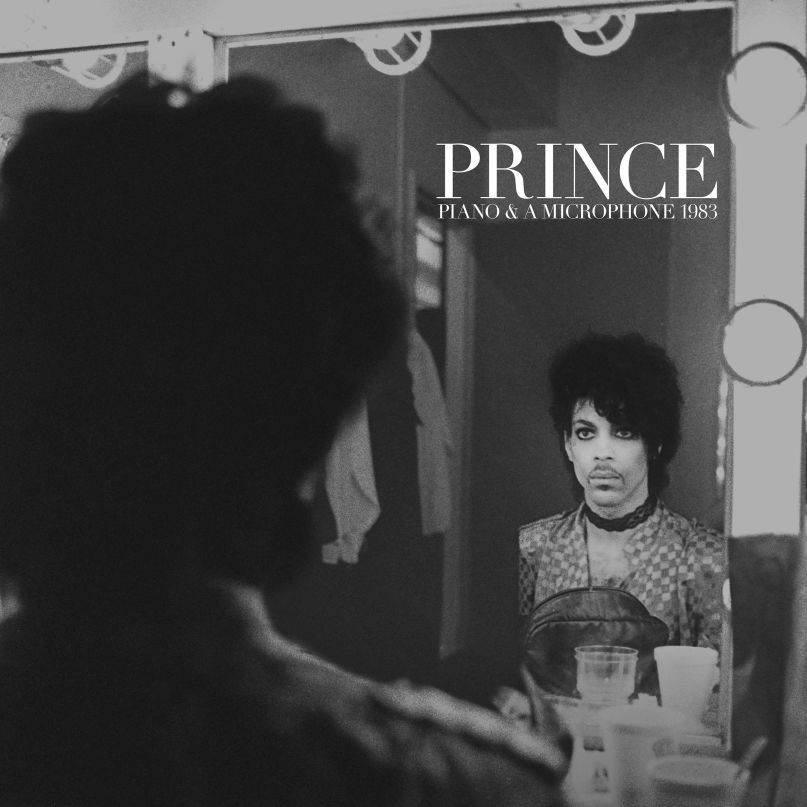 The Lowdown: “Is that my echo?” Prince asks of the empty space that opens Piano & A Microphone 1983, before unloading both barrels into a propulsive, syncopated version of “17 Days”. The nine songs on Piano & A Microphone are not mere echoes of the late icon’s power; instead, this recording offers further glimpses of rougher facets of Prince’s multi-planed brilliance. Saved on a single cassette tape pulled from the artist’s infamous Vault at his Paisley Park home studio in Minnesota, this 35-minute collection documents a solo writing session, including alternate takes, loose covers, never-released song sketches and free-associating grooves.

The decision to posthumously release recordings sparked controversy since Prince, who notoriously valued his privacy and creative control, may have never intended for the public to hear this intimate session. While Piano & A Microphone is captivating sonically, it’s also propelled by this intriguing tension: Can we learn anything more about Prince’s creative process through this time capsule, or are we merely trespassing?

The Good: Well, it is Prince. It’s all good. This tape, however, showcases Prince’s virtuosity in a light that many fans may not have heard before. It’s neither Prince as guitar hero, nor as the supreme art-pop stylist. It’s Prince in a room with his purest instruments: his mind and his voice.And what an astounding voice. On “Wednesday”, which was intended for Jill Jones’ character in the film Purple Rain but ultimately cut, Prince sings in his most natural, gentle falsetto, descending through lyrics “contemplating suicide” to the deepest nadir of his register.

Piano displays his exceptional piano-playing—influenced by jazz and Joni Mitchell—and his extemporaneous composition. On irresistible opener “17 Days,” for example, Prince beatboxes, ad-libs, dreams up new melody and rhythm ideas and abandons them, as in a restless but engrossing conversation. The song segues into a contemplative rather than pleading take on “Purple Rain”—which would come out the following year, exploding Prince’s star into a supernova. The first seven tracks on Piano are a continuous medley, as recorded. For those of us who never got a chance to see Prince in concert, especially his recent piano-based sets, this throwback recreates some of that magic.

The Bad: Yes, this recording has versions of “Purple Rain” and a bit of Joni Mitchell’s “A Case of You”, but the tidbits of these songs here serve as filler. These tracks don’t stand alone and would make more sense if this session were packed with a comprehensive box set. They do, however, offer insight on how Prince worked through a writing session and returned to beloved songs, perhaps to get through to his own new ideas.

Sometimes, too, you work hard and even those new ideas don’t quite take flight. While it’s fun to hear Prince’s humor and elasticity on “Cold Coffee and Cocaine” and interesting for fans to eavesdrop on the free-floating experimentation of “Why the Butterflies”, there’s good reason why these two songs were never again recorded or performed.

The Verdict: Even though this recording is 35 years old, it’s a bittersweet taste of what could have been the next phase of Prince’s career. He’s the artist at a piano, doing unpredictable, funkified versions of standards, like the sniffing, moaning, down-home blues he made of gospel classic “Mary Don’t You Weep”. Prince’s takes on both the American songbook and his own might send you back with more appreciation for the originally released versions. Yet, his spontaneous grappling with these songs is often compelling on its own.

Despite its intimacy, Piano & A Microphone doesn’t feel like trespassing on Prince because it doesn’t truly expose him. This recording doesn’t reveal the nuts-and-bolts inner workings of one of the greatest artists of all time. How could it? We get to listen as a visionary works with simple tools — and in the end, Prince’s genius remains as mysterious as ever.