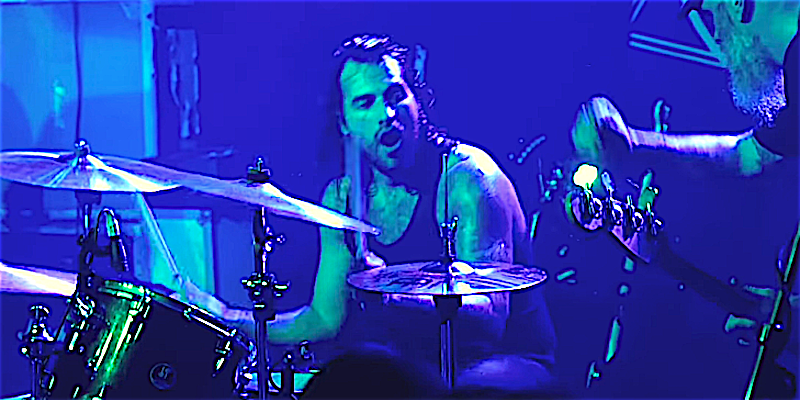 Sad news from stoner/sludge metal band Weedeater, who report that their new drummer Carlos Denogean passed away on Friday (August 24th). Denogean joined the band in 2017 and had been touring with the North Carolina outfit for the past year.

Weedeater have been around for 20 years, having formed in 1998. They have released five albums along the way, including their most recent disc, 2015’s Goliathan. Drummer Travis Owen replaced founding stickman Keith Kirkum in 2013, but had to leave the band in 2017 due to health reasons. That’s when Denogean took over behind the kit.

In a message posted Saturday on Facebook, Weedeater announced Denogean’s death as follows:

“There is no easy way to say this. Our dear friend and bandmate Carlos Denogean passed away yesterday. It is with a heavy heart and intense sadness that we bring you this unfortunate news. He left this world far too soon and will be missed immensely by all of us. Anyone that knew Carlos was enamored by his kindness and his warm personality. He was an incredibly talented musician and a real joy to be around. He brought something truly special to the band and we all loved working with him. We simply cannot express how devastated we are by this loss. We don’t know any details at this time and we ask that you please leave us to grieve now along with Carlos’ family. Thank you for all of your kind wishes. Cherish what you have while you have it.”

Denogean’s passionate drumming can be seen in a video of the band’s March 2018 set at Saint Vitus in Brooklyn, New York, below.

Thus far, no cause of death has been revealed. Our thoughts are with Carlos Denogean’s family, friends and bandmates during this difficult time.