"Mr. Trump is creating the false impression that our client has given his consent" 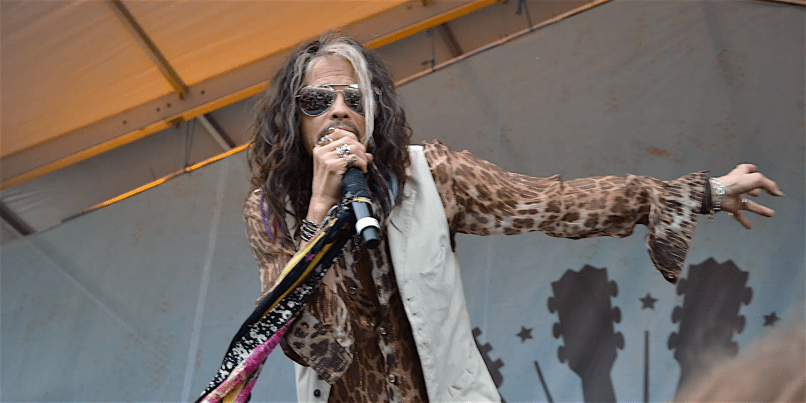 “Livin’ on the Edge” may be an appropriate song to describe Donald Trump’s presidency, but that doesn’t mean Steven Tyler wants the tune played at Trump’s rallies. In fact, the singer has issued a cease-and-desist letter to prevent the Commander in Chief from using the 1993 Aerosmith hit at future events.

The song was most recently played Tuesday night (August 21st) as Trump supporters entered the Charleston Civic Center for the president’s rally in West Virginia.

According to Variety, Tyler sent the letter through his attorney Dina LaPolt, accusing the president of willful infringement by broadcasting the song. This is not the first time Tyler has had a bone to pick with Trump, accusing him of copyright infringement for using “Dream On” in 2015 during his presidential campaign.

It has come to our attention that President Donald J. Trump and/or The Trump Organization (collectively, “Mr. Trump”) have been using our client’s song “Livin’ On The Edge” in connection with political rally events (the Rallies”), including at an event held yesterday at the Charleston Civic Center in Charleston, West Virginia on August 21, 2018. As expressly outlined in the Previous Letters, Mr. Trump does not have our client’s permission to use any of our client’s music, including “Livin’ On The Edge”.

What makes this violation even more egregious is that Mr. Trump’s use of our client’s music was previously shut down, not once, but two times, during his campaign for presidency in 2015. Please see the Previous Letters sent on behalf of our client attached here as Exhibit A. Due to your receipt of the Previous Letters, such conduct is clearly willful, subjecting Mr. Trump to the maximum penalty under the law.

As we have made clear numerous times, Mr. Trump is creating the false impression that our client has given his consent for the use of his music, and even that he endorses the presidency of Mr. Trump. By using “Livin’ On The Edge” without our client’s permission, Mr. Trump is falsely implying that our client, once again, endorses his campaign and/or his presidency, as evidenced by actual confusion seen from the reactions of our client’s fans all over social media.

A video posted on Twitter by CNN’s Chief White House Correspondent, Jim Acosta, shows yesterday’s Trump rally as “Livin’ on the Edge” was being played in the arena:

The scene in WV before Trump’s rally. Aerosmith’s “Livin’ on the edge” playing. pic.twitter.com/HW1qr9TBgE

Update: After news spread of the cease-and-desist letter, Tyler took to Twitter to clarify that it wasn’t a political move, but merely a fight to protect his copyright on the song.

THIS IS NOT ABOUT DEMS VS. REPUB. I DO NOT LET ANYONE USE MY SONGS WITHOUT MY PERMISSION. MY MUSIC IS FOR CAUSES NOT FOR POLITICAL CAMPAIGNS OR RALLIES. PROTECTING COPYRIGHT AND SONGWRITERS IS WHAT I’VE BEEN FIGHTING FOR EVEN BEFORE THIS CURRENT ADMINISTRATION TOOK OFFICE.