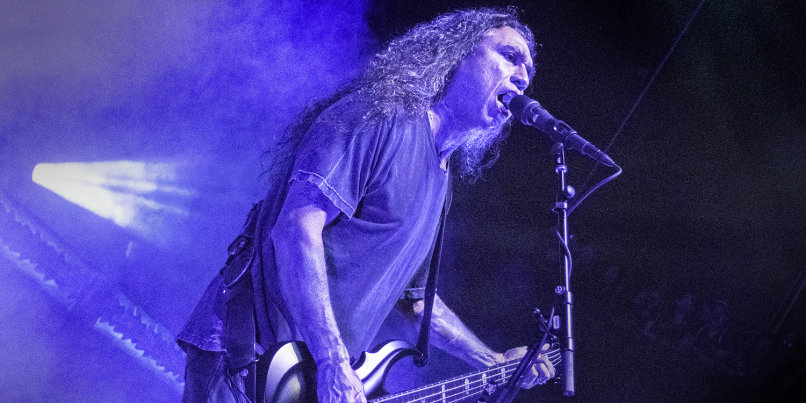 While not revealing any additional dates yet, Slayer announced Monday (August 27th) that they plan to extend their final world tour at least through the end of 2019.

So far, the only 2019 date on the legendary thrash band’s schedule is a previously revealed headlining gig on June 23rd at Hellfest Open Air in France. But, according to a new press release, the band will be touring extensively in 2019.

“We always knew this tour would take us into 2019,” said Slayer guitarist Kerry King in a press release, “and we’ve been blown away by the response we’ve been getting here in North America. We’ve heard about fans who have driven five, six hours, or flown in from other cities or countries to see us, so we want to assure our fans that we’ll be on the road through 2019 and will get to as many places around the world as possible to make it easier for everyone to come and see us one last time.”

Slayer have already played two North American legs on their final tour, with the most recent wrapping up Sunday (August 26th) in San Jose, California. We caught the band’s concert at the Northwell Health Theater at Jones Beach in Long Island, New York, on July 29th, and the thrash veterans put on a tremendous show, with support from Lamb of God, Anthrax, Testament and Napalm Death. See our full review and photo gallery here.

In 2019, Slayer plan to hit South America, Australia and Japan, and insist they will visit more regions, as well. As their press release states, “There will be more, plenty more. 2019 is twelve months long, and the world is a big place.”

Singer-bassist Tom Araya added, “I just want to take the time out to say thank you to all our fans who have made this first part of this tour phenomenal. You really are loyal and dedicated fans and we appreciate that so much from you. We still have quite a few places to play, so next year, keep your eyes and ears open so you can catch us live one last and final time. Again, thank you!”

As for the rest of 2018, as previously announced, Slayer will headline Force Fest in Mexico, and embark on a European leg, which runs from November 1st through December 8th. See their current itinerary here.