R.I.P. Aretha Franklin, the Queen of Soul, has died at age of 76 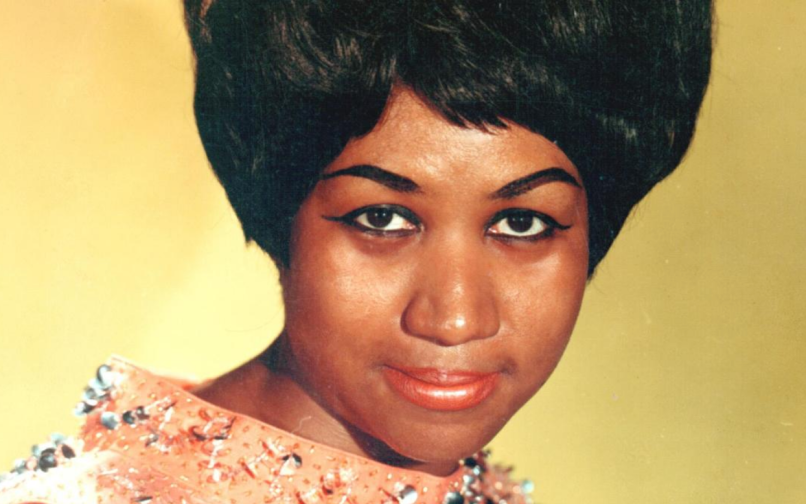 The Queen of Soul Aretha Franklin has died at the age of 76.

Franklin died Thursday due to advance pancreatic cancer of the neuroendocrine type, according to a the singer’s family. She passed away in her Detroit home, surrounded by family and friends.

“In one of the darkest moments of our lives, we are not able to find the appropriate words to express the pain in our heart,” Franklin’s family said in a statement. “We have lost the matriarch and rock of our family. The love she had for her children, grandchildren, nieces, nephews, and cousins knew no bounds.”

“We have been deeply touched by the incredible outpouring of love and support we have received from close friends, supporters and fans all around the world. Thank you for your compassion and prayers. We have felt your love for Aretha and it brings us comfort to know that her legacy will live on. As we grieve, we ask that you respect our privacy during this difficult time.”

One of the best-selling artists of all time, Aretha Louise Franklin was born on March 25, 1942 in Memphis, Tennessee to Barbara and Clarence LaVaughn Franklin. Her mother was an accomplished piano player and vocalist, while her father was a preacher with what many claimed a “million-dollar voice,” all of which would heavily influence Franklin.

At the age of two, Franklin’s family relocated to Buffalo, New York, a short stint that would last only three years before her father moved the family to Detroit, Michigan, where he became the pastor at New Bethel Baptist Church. By 1948, her parents would separate, with Barbara moving back to Buffalo with her half-brother, Vaughn.

Although she would see her mother over the years, before her untimely death in 1952, Franklin was primarily raised by her grandmother Rachel and soul singer Mahalia Jackson. It was during this time that Franklin developed an ear for music — quite literally — as she learned piano by herself and watched her father’s vivid sermons.

Those sermons, however, became quite an attraction. In fact, Clarence would be paid thousands of dollars for his emotional speeches, attracting visits from popular musicians and historical figures, ranging from gospel legends like Clara Ward, Jackie Wilson, and Sam Cooke to luminaries as essential as Martin Luther King, Jr.

Music soon became her life, enough that she dropped out of high school by her sophomore year to pursue a legitimate career. Starting with solos at New Bethel, Franklin would soon join her father on his self-proclaimed “gospel caravan” tours, to which he managed to land her a record deal with Detroit label, J.V.B. Records.

Recorded live at the age of 14, Franklin’s first album, Songs of Faith, was released in 1956 and spawned two Gospel radio singles “Never Grow Old” and “Precious Lord, Take My Hand”. She supported the album by touring with The Caravans and the Soul Stirrers featuring Cooke, who inspired her to bridge her gospel sound into pop music.

Needless to say, the transition worked, courting the likes of RCA and Columbia Records, the latter of which signed Franklin in 1960, much to Cooke’s chagrin. By September of that year, Franklin made her label debut with “Today I Sing the Blues”, which would eventually go on to make the top 10 of Billboard’s Hot R&B charts.

A few months later, Franklin released her first proper secular album, 1961’s Aretha: With The Ray Bryant Combo, showcasing her range in standards, vocal jazz, blues, doo-wop, and R&B. The album spawned her first single to chart the Billboard Hot 100, “Won’t Be Long”, and her first top 40 single, “Rock-a-Bye Your Baby with a Dixie Melody”.

Columbia would go on to release several albums and singles by Franklin, most notably 1962’s The Tender, the Moving, the Swinging Aretha Franklin, which hit No. 69 on the Billboard Pop LPs chart, in addition to singles “Runnin’ Out of Fools”, “One Step Ahead”, “Cry Like a Baby”, “You Made Me Love You”, and “(No, No) I’m Losing You”.

In November 1966, Franklin left Columbia for Atlantic Records, beginning arguably her most successful career run. Her first single for the label, 1967’s Muscle Schoals-recorded “I Never Loved a Man (The Way I Love You)”, topped the R&B charts and peaked at No. 9 on the Billboard Hot 100, giving Franklin her first top 10 pop single.

Of course, Franklin cemented her place in musical history that April when Atlantic issued her cover of Otis Redding’s “Respect”, a dynamite hit that became adopted by the ensuing civil rights movement, ensuring its iconic status forever. The single shot to No. 1 and remains her most well regarded hit given its permanence in pop culture.

From there, Franklin found further juggernaut success with Atlantic: Her label debut, 1967’s I Never Loved a Man the Way I Love You, delivered hits “Baby I Love You” and “(You Make Me Feel Like A) Natural Woman”, while 1968’s Lady Soul and Aretha Now gave the world anthems “Chain of Fools”, “Ain’t No Way”, “Think”, and “I Say a Little Prayer”.

That same year, Franklin won her first Grammy for “Respect” in the debut category for Best Female R&B Vocal Performance; was honored with a day in her honor (February 16th); given the SCLC Drum Beat Award for Musicians by Martin Luther King, Jr., only two months prior to his death; and appear on the June 1968 cover of Time Magazine.

The ’70s started off strong for Franklin. In 1971, she became the first R&B performer to headline Fillmore West, and the following year saw the release of two whopper albums: Young, Gifted & Black and her live LP Amazing Grace. Both conquered the charts and the Grammys, while the latter has since become the best-selling live gospel album of all time.

However, Franklin’s popularity waned by the mid-’70s, which was further complicated by her tumultuous recording sessions behind 1973’s Hey Now Hey, produced by the legendary Quincy Jones. With the exception of “Something He Can Feel”, her Curtis Mayfield collaboration for the movie Sparkle, Franklin saw a major decline in sales.

Franklin tipped off the ’80s with a scene-stealing performance of “Think” in John Landis’ 1980 comedy, The Blues Brothers. It marked the beginning of a resounding return for Franklin, who left Atlantic for Arista and turned things around for herself with 1980’s Aretha, 1981’s Love All the Hurt Away, and 1982’s throwback album, Jump to It.

By 1985, Franklin began to do what most veteran artists do decades into their career: go young. That summer, she dropped Who’s Zoomin’ Who?, which featured dance pop singles like “Freeway of Love” and an unlikely guest appearance from Annie Lennox. The new look worked and became her first-ever Platinum record.

Naturally, Franklin kept that youthful trend going the following year with Aretha, which swapped Lennox for George Michael, who helped the singer nab an international hit with their duet, “I Knew You Were Waiting for Me”. In a rather wise move, she also recorded popular theme songs for TV shows like A Different World and Together.

Similar to the ’80s, the ’90s saw Franklin embracing more and more youthful trends, continuing to stay relevant amid shifting times. However, she truly reclaimed the throne in 1998 with the Gold-certified A Rose Is Still a Rose, whose titular song saw her collaborate with Lauryn Hill and return to the top 40 with aplomb.

In 2003, Franklin kept the momentum going with So Damn Happy, which earned her a Grammy for her song, “Wonderful”. Four years later, she finally closed the book on Arista by releasing Jewels in the Crown: All-Star Duets with the Queen, a compilation album that included two new recordings with Fantasia and John Legend.

Throughout the aughts, Franklin commanded a number of epic performances. In 2006, she performed The Star Spangled Banner for Super Bowl XL alongside Aaron Neville and Dr. John, and in January of 2009, she stopped the world with her rendition of “My Country ‘Tis of Thee” at President Barack Obama’s inauguration ceremony.

Franklin would continue to release records under her own label, Aretha’s Records, before finally signing with RCA Records in 2014. That year, she proved she could still conquer the cover by tackling Adele’s “Rolling the Deep”, which debuted at No. 47 on Billboard’s Hot R&B/Hip-Hop Songs, making her the first woman to have 100 songs on the chart.

She’s the first woman to be inducted into the Rock and Roll Hall of Fame. She has honorary degrees from Harvard, Yale, Princeton, Brown, Berklee, et al. She has a star on the Hollywood Walk of Fame. She’s been a recipient of the National Medal of Arts. She’s been awarded the Presidential Medal of Freedom. She has an asteroid named after her.

With 112 charted singles on Billboard, including 77 Hot 100 entries, 17 top 10 pop singles, 100 R&B entries, and 20 No. 1 R&B singles, Aretha Franklin remains the most charted female artist in the chart’s history. She won 18 Grammy Awards. She’s sold over 75 million records. This isn’t a death you forget. This is a legend you remember forever.

Franklin is survived by four children.