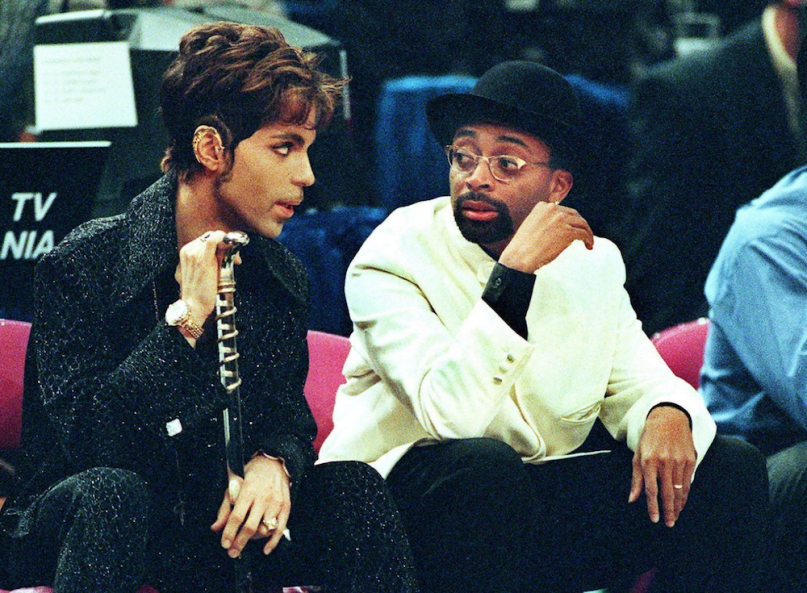 Prince may no longer be with us in a physical sense, but his legacy endures — especially considering he left us with an underground bank vault filled with enough unreleased music to last us the next century. One of these recordings, a cover of the early 1900s spiritual “Mary Don’t You Weep”, is being unearthed all thanks to Spike Lee and his latest film, BlacKkKlansman.

As the Rolling Stone reports, the Prince cover will soundtrack the film’s end credits, which features footage from the Charlottesville riots. Originally recorded to cassette, the rendition dates back to the ’80s. Lee was able to obtain permission to use it thanks to Troy Carter, a Spotify executive who also serves as an advisor for Prince’s estate and helps to sponsor the annual Prince’s Born Day Purple People Party.

“I knew that I needed an end-credits song,” Lee told Rolling Stone. “I’ve become very close with Troy Carter, one of the executives at Spotify. So I invited Troy to a private screening. And after, he said, ‘Spike, I got the song.'”

According to Lee, he felt the High Priest of Pop would’ve approved of having the recording as part of BlacKkKlansman. Premiered at Cannes to widespread acclaim, the film recounts the true story of Ron Stallworth, an African-American cop who successfully infiltrated the ranks of his local Ku Klux Klan chapter.

The two creative legends worked together on two projects in the ’90s. Lee, whose films are known for their carefully selected soundtracks, directed Prince’s video for the 1991 single “Money Don’t Matter 2 Night”. The funk icon later returned the favor by providing the music for Lee’s 1996 film Girl 6. Lee hopes to one day make a film about Prince, telling Variety in 2017, “I’d love to, but it’s not for me to say. It’d have to come from the estate or the publishing house or the label — I’d love to, but I can’t just say ‘I’m doing it.’”

Prince has a new posthumous album, Piano & A Microphone 1983, due out September 21st. The 35-minute collection also features a cassette cover of “Mary Don’t Weep”.

Revisit the Piano & A Microphone 1983 version of “Mary Don’t Weep” below, followed by Lee’s video for “Money Don’t Matter 2 Night” as well as the BlacKkKlansman trailer. The film hits theaters beginning August 10th.