"Through her compositions and unmatched musicianship, Aretha helped define the American experience" 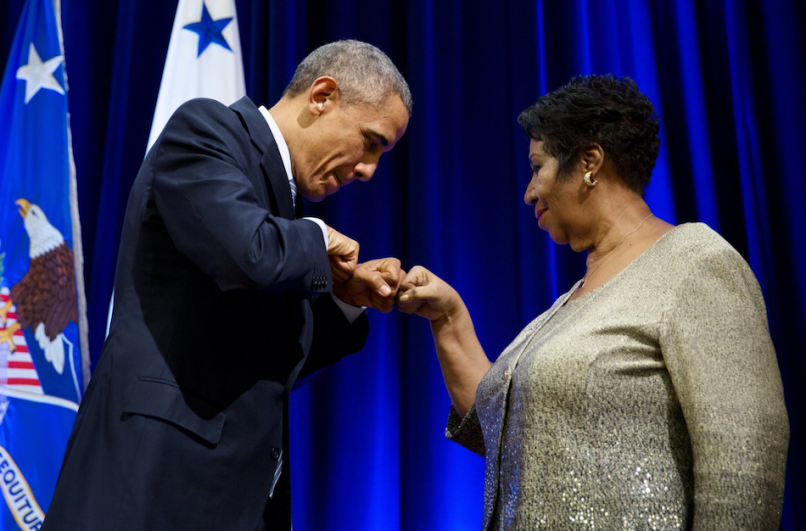 President Barack Obama made music as much a part of his presidency as any politician before him or since, often welcoming a range of performers to the White House for various cultural celebrations. While his love of rappers like Kendrick Lamar and Chance the Rapper surely sticks out in fans minds, Obama was perhaps no more connected to a single musician than he was to Aretha Franklin.

He viewed the Queen of Soul, who passed earlier today, and her work as representative of “the fullness of the American experience, the view from the bottom as well as the top, the good and the bad, and the possibility of synthesis, reconciliation, transcendence,” he once told The New Yorker. She sang “My Country, ‘Tis of Thee” at his first inauguration, and brought him to tears with her knockout performance of “(You Make Me Feel Like) A Natural Woman” at the 2015 Kennedy Center Honors. After Franklin performed a 30-minute set celebrating the gospel tradition in a White House room with broken AC, Obama took the stage and said, “We’ve been to church tonight. It feels like old-time religion here. Air conditioner broke. Women all fanning themselves.”

Considering how much she meant to the former POTUS, it’s fitting that he and Michelle would issue an impassioned statement following her death. “In her voice, we could feel our history, all of it and in every shade—our power and our pain, our darkness and our light, our quest for redemption and our hard-won respect,” Obama wrote on Facebook. “She helped us feel more connected to each other, more hopeful, more human. And sometimes she helped us just forget about everything else and dance.”

Below, revisit some of Franklin’s landmark performances surrounding Obama’s presidency.