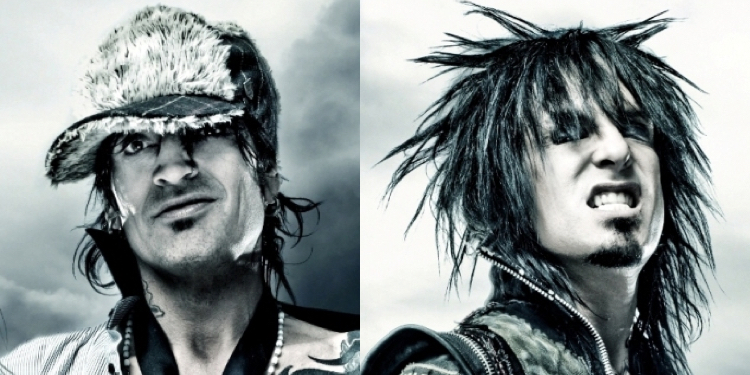 It’s been more than two and a half years since Mötley Crüe played the last show on their “Final Tour”, having signed an agreement to never tour again after the trek’s completion. And while they never promised to stop making music together, they’ve been dormant on the new music front, as well — until now.

On Tuesday (August 28th), the band posted a picture on Facebook of drummer Tommy Lee and bassist Nikki Sixx in the studio with Bob Rock, the man who produced Crüe’s 1989 disc Dr. Feelgood, as well as Metallica’s “Black Album”, among others. The photo was accompanied by the simple caption “28th August 2018.”

And if that wasn’t enough to get fans excited, Lee posted the same photo on Instagram, with the caption, “It’s that new shit!!!!” He also shared a short video clip of himself playing the drums in the studio, accompanied by the exclamation, “Boomz!!!!!!”

Notably absent are singer Vince Neil and guitarist Mick Mars, so there’s no guarantee that the “new shit” Lee and Sixx are working on will result in new Mötley Crüe songs. They may very well be recording music for the upcoming movie The Dirt, a biopic on the band that is coming to Netflix.