The drummer-singer also talks 2018 tours with Primus and Dinosaur Jr. 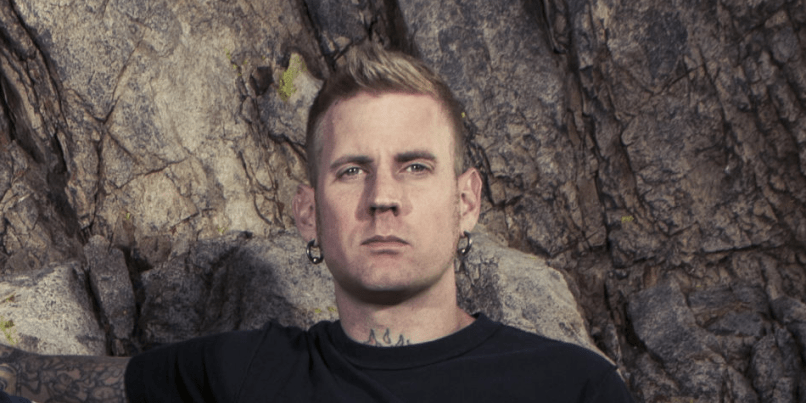 Mastodon’s Brann Dailor is considered one of modern metal’s finest drummers, but his skills extend far beyond the kit. He is also a talented singer and songwriter, and now his musical abilities have taken him into the world of superheroes.

Earlier this year, Dailor released his first-ever solo track, a song called “Red Death”, in conjunction with DC comics and inspired by the graphic novel Dark Days: The Road to Metal. The lyrics center on one of the nightmare versions of Batman in a comic book that leads into the series Dark Nights: Metal, which has inspired new tracks from Deftones’ Chino Moreno, Alice in Chains’ Jerry Cantrell, and others.

Dailor took some time to speak with Heavy Consequence about the aforementioned solo track, also delving into Mastodon’s 2018 tours with Primus and Dinosaur Jr., and whether Mastodon have begun hashing out ideas for their follow-up to last year’s Emperor of Sand.

The drummer-singer also discussed Mastodon’s role in the metal scene, following comments a few years back by his bandmate Brent Hinds, in which the guitarist-singer seemed to distance the group from the metal community. Hinds clarified later that he did not actually mean to say, “I hate heavy metal.”

Read Brann Dailor’s thoughts on the aforementioned topics and more below:

On the members of Mastodon branching off into different musical projects

I think it helps with everybody mentally. I think everybody should just be free to do whatever they want musically. I don’t think there’s any fear from anyone in the band that’s someone’s going to leave to pursue something else, but even if they do, that’s their prerogative. We don’t want to stifle anyone’s creativity. Basically, whatever you want to do, just go do it. It’s not like you have to clear it with anybody.

I guess that kind of freedom and that kind of attitude and respect for one another’s personal freedom and musical endeavors is just part of are overall treatment of each other and how we act towards one another. I guess you can say that it lends itself to the longevity of our personal four-way relationship, but it’s just one piece that’s maybe very telling on the outside of how we interact with one another and how we get along.

On his solo track “Red Death” and its tie-in with the Batman graphic novel Dark Days: The Road to Metal

Well, I had been asked a few times by Mike Elizondo, who produced The Hunter with [Mastodon]. I’m a Batman fan, but I guess I never considered writing music about Batman. I mean who can compete with Prince’s “Batdance”. I was a little reluctant at first. He was asking for me to do it right when Emperor of Sand came out and we were like full-bore promoting that, and coming out of that album being birthed, I guess, the last thing I wanted to do was try to create something new. Every record that we do, when it finally comes out, it’s like you’ve been through the ringer. It can be an exhausting process.

A few months later, he got back in touch with me and said, “Hey man, I just wanna circle back around on this. Are you interested in doing this? You want to do anything with this?” I finally sat down and said OK, let me dig into this graphic novel and see if anything floats my boat, where I can get some kind of visual thing happening to where I can write lyrics and feel some kind of connection with one of these Batmans from this extended Batman universe. And with “Red Death”, I was just immediately able to see it. He had lost someone close to him and wanted revenge, but he also wanted to try to save his city. Everything he was doing was sort of working against that. So, I could empathize with that, so I just tried to mine the story for all the visuals and somehow put that into a few verses.

On his comic-book interests growing up

I didn’t really have a comic-book allegiance when I was a kid. I kind of floated around. I liked Spider-Man, I liked Batman, I liked Thor.

Sometime in the mid to late ’80s, some of the Frank Miller stuff started to come out, some of the graphic novels that were a little more risque, a little more adult, a little more brutal, kind of violent. A couple of close friends of mine who were a little older than me, I used to go over to their house, listen to some King Diamond and thumb through those because they were really into that [Frank Miller Dark Knight] series. And I remember looking through those, and thinking, “Wow, comic books are different!” The graphic novels sort of upped the ante, and the art form had gone to a different place, so it was kind of cool.

On Mastodon’s recent tour with Primus and upcoming trek with Dinosaur Jr.

We always try to pair up with bands who are, I guess, mavericks — bands who have been doing their own thing and continue to do their own thing. That’s kind of what we dig. I think that Primus are one of those hole-in-the-theory sort of bands. On paper, you wouldn’t think that they would be as popular as they are, even from the get-go, a bass-guitar fronted band, most people would be like, ‘What? No.” But man, when they first burst on the scene, I think people were ready for something different, ready for lots of things different with bands like Mr. Bungle getting big and Primus getting big, obviously people were ready for some more interesting music to be popular. And we’ve been big Primus fans since they came out. Once the idea got brought up [to tour with Primus], all of us were on board. We thought it made perfect sense. And we were like, “If they’re into it, we’d definitely would want to do that.”

Same with Dinosaur Jr. — they’re just a cool band, have been doing their own thing. [Frontman] J. Mascis is just a definite visionary, guitar player, and great drummer, too. But Dinosaur Jr. is just another one of those legendary bands. They’ve been doing their thing forever and they do what they want and play what they feel, and don’t necessarily pay attention to trends, which is a good thing. Pretty stoked to be heading out with those guys.

On whether the wheels are turning on Mastodon’s next album, the follow-up to Emperor of Sand

We’re always a work in progress, trying to figure out what we’re going to do next. We’re letting the ideas just come and setting them to the side for future work, and once in a while just sort of saying out loud what those ideas might be — whether they’re collected onstage when we’re doing soundcheck or if they are something that gets worked on backstage. You hear somebody noodling, and you’re like, “Oh, what’s that?” Whenever the ears perk up to either [guitarists] Brent [Hinds] or Bill [Kelliher] doing something backstage, that’s always a nice little surprise.

Once we get home, and we decompress from the Emperor of Sand tour cycle, sometime early next year, we’ll start dumping out the riffs and seeing what’s new and seeing what’s fresh and what we’re digging on, and then we’ll just start working — do what we normally do.

On his synth-metal project Arcadea, which released an album last year

We’re talking about doing some more stuff. I know my buddy Core (pronounced Corey) is always working on new music. He lives here in Atlanta and we get together from time to time. We’re trying to figure out if we can play a live show sometime during the Mastodon break. That would be cool. I enjoy that project, as well. I’m also singing a lot on that, but I would like to be in a band where I don’t sing, and I just go crazy on the drums.

We just kind of do our thing. If it gets branded as being metal, that’s cool. I love metal. I was raised on it, and it’s where I cut my teeth. But I’m into lots of different kinds of music. I love the metal fans, and I love metal, in general, just because there’s so many things you can do with it.

It’s so varied, especially now, there’s so many different subgenres. It’s one of the healthiest forms of music that there is. I think that’s very exciting. I think dynamically you can do a lot with it. You can be mellow, but you can also get as heavy as humanly possible. There’s all that room to play with in between that not a lot of music has to offer.

I like the fact that we’re one of the torchbearers for metal. Was that something we set out to do? Not necessarily.

Our thanks to Brann Dailor for taking the time to speak with Heavy Consequence. His solo track “Red Death” can be purchased here, and Mastodon’s upcoming North American tour dates with Dinosaur Jr. can be found here.