The comedian returned to the stage months after admitting to sexual misconduct. 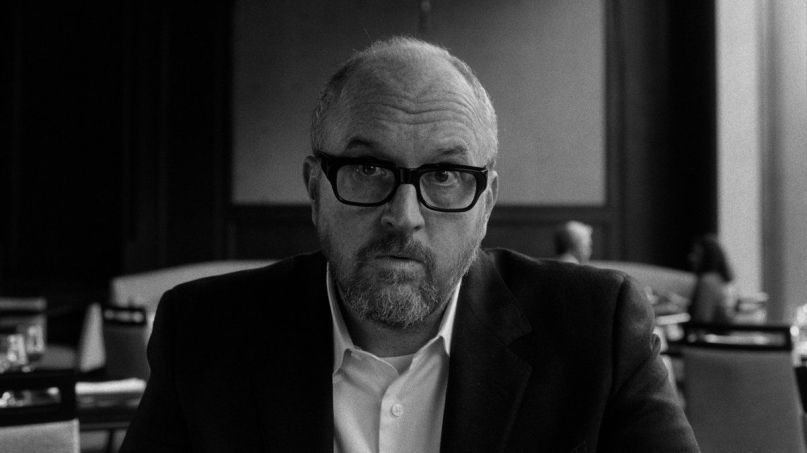 Louis C.K. in I Love You, Daddy

Louis C.K. played a surprise set at New York City’s Comedy Cellar on Sunday night, igniting a number of debates regarding whether or not the comedian should be welcomed into clubs after admitting to multiple accusations of sexual misconduct. It’s been reported that the audience greeted CK warmly, giving him a standing ovation prior to the show. Comedy Cellar owner Noam Dworman also noted that C.K. didn’t address the controversy whatsoever, instead doing a set comprised of “plain, everyday Louis C.K. stuff” about tipping, waitresses, and racism. Now, two women who attended the set have offered a different perspective on the evening to Vulture.

Of particular note is a spectacularly ill-timed joke measuring the phrase “clean as a whistle” against the concept of a “rape whistle,” which the women described as a shocking moment in light of C.K.’s past behaviors. “When he said ‘rape whistle’ people were laughing, and I was just sitting there like oh my fuck,” said one of women, both of whom chose to remain anonymous. “This is so uncomfortable and so disgusting. Everyone around me was laughing. That was just depressing.”

Elsewhere, the women note that, despite Dworman telling The Hollywood Reporter he only received one complaint about the performance, not everyone was onboard with C.K.’s arrival. They describe several women in the audience looking uncomfortable throughout the set. “There were at least four to five females that I could see, and three or four of them were not having it. They were just looking at him, deadpan, straight, not having it.”

This speaks to the makeup of the audience, which the women describe as containing “a lot of aggressive men” and “very quiet women.” Saying the set already featured only men, one of the women asserted that “our voice is definitely not going to be prioritized in that space.”

She added, “If someone had heckled him, I think they would’ve been heckled out…It’s the kind of vibe that doesn’t allow for a dissenting voice. You’re just expected to be a good audience member. You’re considered a bad sport if you speak out.”