Gallagher described the moment as "biblical" 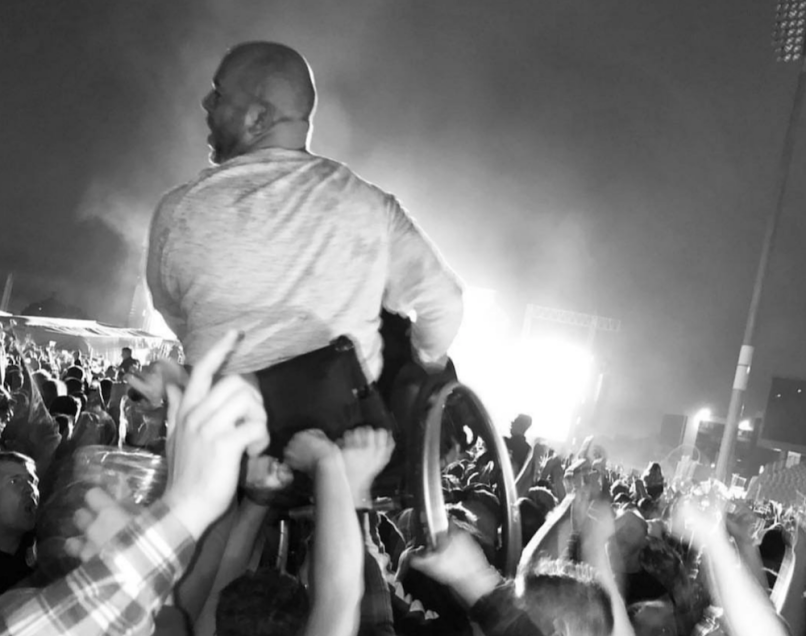 If there’s anything we’ve learned over the last few months, it’s that no two Liam Gallagher concerts are ever the same. Sometimes that means a guy in the crowd rocks out with his cock out, Gallagher gets fish thrown at him, or perhaps a couple of Definitely, Maybe rarities are dusted off for the first time in forever.

At Gallagher’s homecoming Manchester show over the weekend, his set featured more of that unpredictable magic. During his performance of “Wonderwall”, a group of audience members banded together to help one fan in a wheelchair crowd surf in order to get a better glimpse of the Oasis rocker.

“Obviously, there was the disabled area, but there were 15 of us and I am the only one in a wheelchair”, the fan, Michael Reynolds, recounted to the Manchester Evening News (via NME). “But I couldn’t see, I ended up just listening to it. My mates had the idea of lifting me up. Suddenly, there were 20 lads all helping. Everyone was loving it.” Reynolds, who is 30, had become confined to a wheelchair following a motocross accident.

This was the incredible moment a man in a wheelchair was lifted up above the crowds for #Wonderwall at @liamgallagher's gig on Saturday night! ???? pic.twitter.com/xohvD2W1It

Nothing sums up Liam Gallagher at the cricket ground more than a wheelchair user crowd surfing. pic.twitter.com/rSgkqqNtOO

Gallagher was well aware of the heartwarming moment, later tweeting: “Respect to the lads at my concert for giving Michael Reynolds the best view in the house BIBLICAL BEHAVIOUR.”

I want to thank everyone who made the Manchester gig BIBLICAL. My mind is well and truly blown..As You Were LG x