The show has also been renewed for a 10th season 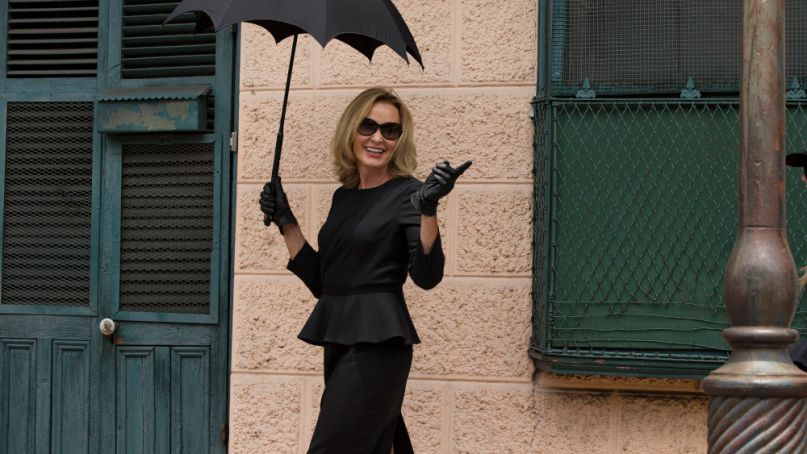 During a lively panel on American Horror Story: Apocalypse at the Television Critics Association summer press tour, Sarah Paulson dropped a bit of a bomb, telling the audience of journalists that she had the “very great pleasure” of confirming that Jessica Lange is headed back to the horrorshow.

Lange will be returning to play Constance, her character from AHS’s third season, Coven. The forthcoming season — which we now know begins pre-apocalypse — is a crossover season of sorts, combining Coven and the first season, commonly called “Murder House.” Lange’s return will occur in episode six, which will also be directed by Paulson.

Executive producer Alexis Martin Woodall was unsurprisingly tight-lipped about much of the series, but she did share that Ryan Murphy had invited all of the witches of Coven — a group that in theory includes Lange, Paulson, Emma Roberts (who was also in attendance), Taissa Farmiga, Frances Conroy, Lily Rabe, Gabourey Sidibe, Jamie Brewer, and Stevie Nicks, among others — had been invited back to the show. Whether or not they agreed, Woodall declined to share.

Paulson also shared that she’d be playing three roles: Venerable (a new role), as well as Cordelia, her character from Coven, and Billie Dean, the medium she played in the “Murder House” season.

American Horror Story: Apocalypse will also feature Evan Peters, among other actors in the Murphy pack. It returns September 12th, 2018.