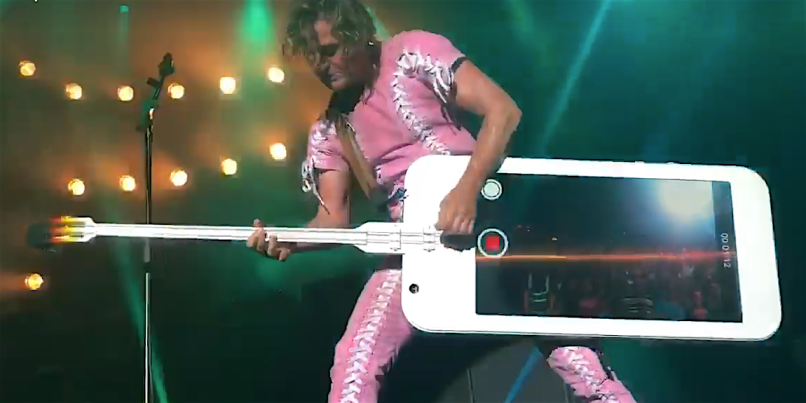 A member of the popular Danish hard rock band D-A-D has turned the tables on audience members who hold up their iPhones to film concerts: he plays a giant iPhone-like bass that actually films the crowd while he’s performing.

Bassist Stig Pederson must have some strong shoulders, because the body of the iPhone bass looks like it’s about 4 feet wide by 2 feet high.

One of the band’s tech guys, Troels Bjorn, can be seen in the YouTube video below presenting a look at Stig’s two-string basses, and they’re all impressive. When he gets to the iPhone bass, he explains that it’s actually a monitor that is equipped to livestream the audience as Stig plays.

You can also check out a Facebook video of Stig and his iPhone bass in action at a recent D-A-D show.