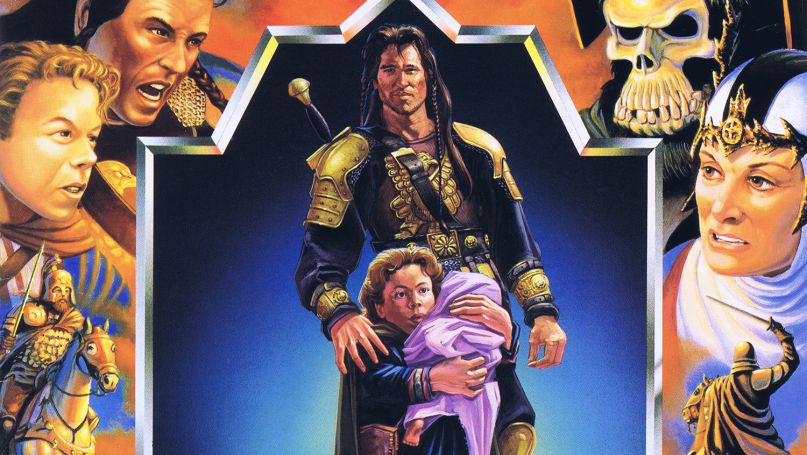 Welcome to Willow Watch! State of the the Empire‘s spin-off podcast dedicated to the 1988 Lucasfilm fantasy epic Willow – In which breaking news comes in all sizes, and obsessive fandom is the greatest magic of all.

This may be a show about Willow, but we’re starting to feel like Indiana Jones the way we’re unearthing all these forgotten artifacts from the film’s past. We’ve regaled you with tales from the Willow expanded universe, which we suspected were based on unused sequences from the film. We’ve discovered production notes hinting as drastically different scenes… and now we’ve found the tome that answers all our questions and pieces our crackpot theories together: a first draft, third revision script of Willow.

Brace yourselves for elves that steal baby tears, inflatable crabs, man-beast troopers, a romantic rivalry between Madmartigan and Kael – and that’s just for starters. We use a hitherto unknown Willow young readers film adaption by Hugo-winning author Joan D. Vinge to help us determine which draft of the script the entire Willow expanded universe was based off of. Then we explore the very divergent roads not taken in this early Willow script – specifically a “selling draft” used to secure finances for the film. Find out what would happen if Willow was sent alone to the crossroads, discover the truth behind Moebius’ “King Kael” illustration, and just what was that stinky spell Willow was making?

Through our Willow archeology, we’re not just uncovering the untold history of one of the most beloved fantasy films of all-time, we’re also gleaning an unparalleled look into the Lucasfilm franchise machine in its prime.

Images From the Early Script: