The ironic thing is they had a life-long feud 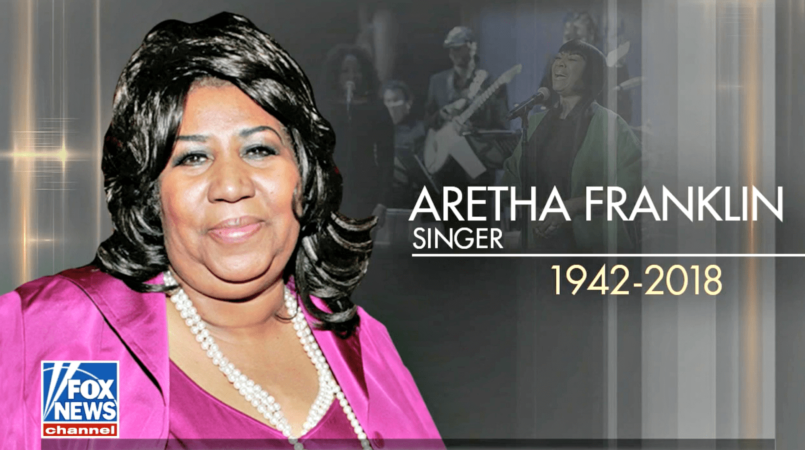 Tributes for the late Aretha Franklin have been pouring in since her passing early Thursday morning, from fellow music legends to former presidents. When it came time for Fox News to pay their respects, however, they almost predictably botched it.

At the end of an in memoriam segment on America’s Newsroom, Fox displayed an obituary title card stating, “Aretha Franklin, Singer, 1942-2018.” Next to the words was an image of Franklin, but behind it was a picture of Patti LaBelle. Whoops.

In a statement issued to TheWrap, Fox News’ Vice President, Media Desk Jessica Santostefano said, “We sincerely apologize to Aretha Franklin’s family and friends. Our intention was to honor the icon using a secondary image of her performing with Patti LaBelle in the full screen graphic, but the image of Ms. Franklin was obscured in that process, which we deeply regret.”

Well, that’s a load of Google-able BS, because that picture of LaBelle is from the 2014 Women of Soul: In Performance At the White House concert. While both Franklin and LaBelle performed at the event, they never once shared the stage together, so the idea that Franklin was “obscured” is just false. In fact, the former threw the latter some pretty legendary shade upon her entrance at that very show.

Watch the end of the Fox News segment below, and SYH.

Somewhat ironically for Fox, Franklin and LaBelle held a notorious feud for years (as the above shade illustrates). However, with the Queen of Soul now resting in peace, it seems LaBelle is letting the bad blood rest as well: