Film Review: The Little Stranger Excels at Mood Even When Its Drama Underwhelms 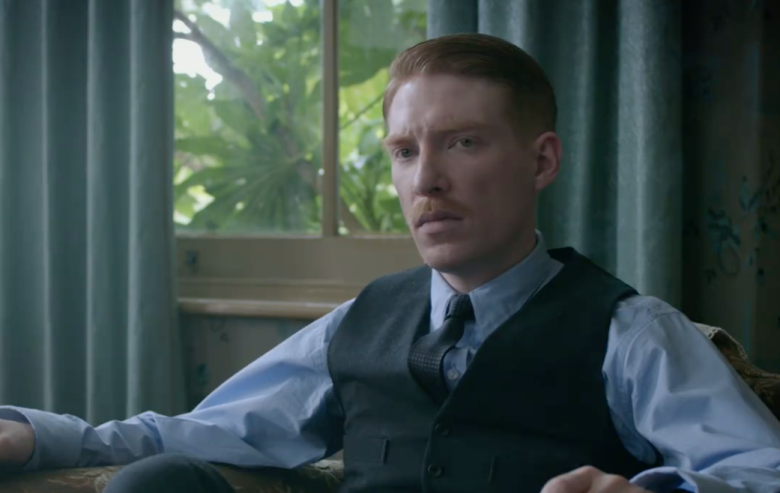 The Pitch: It’s 1948 in the English countryside. WWII is over, but its ghosts continue to inhabit the lands once ruled by the noblest families. Among them for hundreds of years were the Ayres, who oversaw the once-opulent Hundreds Hall as the epicenter of British high culture. Post-war, however, Hundreds Hall isn’t what it used to be. Mrs. Ayres (Charlotte Rampling) wanders the halls convinced of a malevolent presence in the house. Her daughter Caroline (Ruth Wilson) is simply trying to maintain what’s left of the decrepit space, for the sake of her family. The eldest son, Roderick (Will Poulter), returned from the war covered in scars and convinced that Hundreds Hall has been claimed by a great evil. So when Dr. Faraday (Domhnall Gleeson) arrives to help rehabilitate Roderick, he soon discovers that his present may become just as connected as his past to Hundreds Hall, and anything which may exist within its walls.

The Ghosts of You and Me: Based on Sarah Waters’ novel, The Little Stranger is hardly the slow-churning horror film its trailers have suggested it to be. There are certainly more than a few instances of genuine terror throughout, but its horrors are every bit as allegorical as literal. As interpreted by Room director Lenny Abrahamson, Stranger is far more concerned with the quietly pervasive politics of its era and region than with the specters at the center of the story, for better and worse. This does occasionally drain some of the drama out of the film’s central conceit (is the house haunted, or are its residents?) when so much time is spent on Faraday’s complex relationship to Hundreds Hall and talk of glorious onetime parties, but it also situates The Little Stranger as a more pensive kind of ghost story.

The pacing and tone and top-notch set design alike recall Crimson Peak, another misunderstood gothic drama about what lost family legacies leave in the wake. If Stranger never achieve’s that film’s giddy giallo peaks, its understated tone nevertheless conjures up a palpable sense of ominous mood that imbues the film with a sustained hum of dread even when its story can’t always keep up.

The Verdict: “I could not help imagining that I belonged.” Faraday utters this early in The Little Stranger, and it’s a fine summary of the bitter, pointed cynicism that Abrahamson and writer Lucinda Coxon bring to their adaptation. Belonging is central to the film, both in Faraday’s status as an educated man born from common stock and in the possessive nature that seems to immediately overcome anybody who enters what remains of Hundreds Hall. The notion of belonging is frequently made sinister, whether politically or paranormally, throughout the film, particularly around the time when Roderick begins to experience terrifying visions of what he believes to be the inevitable end of the Hall, and the family, if they don’t leave at once. Leaving isn’t so simple with centuries of investment involved, however, and that’s to say nothing of what happens if Roderick is right and something else is attempting to keep them in place.

Particularly through Caroline, who Wilson brings to vivid life as a woman who’s once been denied a life of her own and has to struggle with the mid-century compulsion to keep the family intact, The Little Stranger grapples with class and the accompanying status. To that end, its most compelling moments emerge later in the film, as a reticent mutual attraction between her and Faraday gives way to something more nuanced, and increasingly unsettling. (Gleeson is likewise excellent as Faraday, turning him into a milquetoast rube full of unnerving multitudes.) Abrahamson’s approach to the material is intimate, which hobbles the film when it comes to fully considering the larger cultural constructs it introduces, but allows its central foursome to delivery showy-yet-affecting turns as opposite and yet complimentary forces of terror and inaction. Yet as each member of the Ayres family and the one interloper begin to question their very selves, The Little Stranger slowly mutates into a harrowing treatise on the ways in which absolute privilege can corrupt absolutely.

Where’s It Playing?: The Little Stranger is now nationwide in limited release.