Film Review: Blaze Avoids the Many Pitfalls of the Traditional Music Biopic 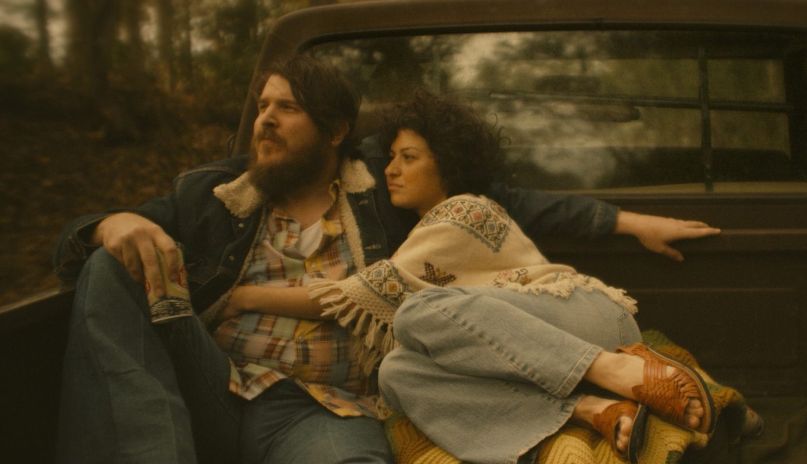 In the past decade or so, several music biopics have been smart enough to avoid the genre’s many cliches (we probably have Walk Hard: The Dewey Cox Story to thank for that). But the mere absence of these tired story points isn’t a virtue in itself. You don’t get bonus points solely for not having a two-minute montage where Ray Charles kicks his heroin habit. You have to have that little something extra. You have to push your structure and story toward something audiences haven’t seen before.

Even before he started filming, the odds were stacked in Ethan Hawke‘s favor when he decided to write and direct a biopic about eternal country underdog Blaze Foley (Ben Dickey). Since not that many people know who Foley is, there wasn’t the same pressure to honor the iconic moments of his life, probably because there weren’t any. The closest Foley ever came to something like At Folsom Prison was Live at the Austin Outhouse, a sparsely attended concert at a dive bar that was, for a time, his only widely available album.

In the film, the Outhouse performance makes up one point on a triangle of non-linear framing devices, with Hawke deftly hopping between the concert; a radio interview about Blaze with his harmonica player, Zee (Josh Hamilton) and mutually destructive partner in crime, Townes Van Zandt (Charlie Sexton); and the halcyon days — and eventual dissolution — of his relationship with actress Sybil Rosen (Alia Shawkat).

Being a Texan and self-professed admirer of Foley, it would have been easy for Hawke, along with Rosen (the two co-wrote the screenplay based on her memoir), to mythologize the songwriter, to portray him as a man who was misunderstood and never got his due. But they never lose sight of the fact that many of Blaze’s troubles were self-imposed. From the get-go, he claims to be serious about wanting to be a professional musician, but scoffs at the notion of success and “selling out.” Once his honeymoon phase with Sybil is over and they move to Austin, he writes her eloquent vows of romance from the road in the same breath as going to the backseat of a waitress’ car. And when he finally does hook up with Van Zandt, the two don’t become collaborators as much as tragic enablers for each other’s substance abuse.

One of the film’s great tricks is that, for a time, you think it will go down a rabbit hole of unrealistic glorification. Throughout the radio interview, Van Zandt cracks jokes and tells tall tales about Foley, all of which nicely highlight sequences of Blaze and Sybil frolicking in the woods. But as Blaze’s problems spiral out of control and we get closer to his absurdly random demise, the aw-shucks humor becomes less funny. Even Zee, a composite character of the many backing musicians who played with Foley, grows disgusted with Van Zandt’s constant aggrandizing.

Not that the film is all doom and gloom. While country legend Charlie Sexton nails the self-loathing and perpetual drug-induced sniffling of Van Zandt, he’s also an ace with his crackerjack comedy and, of course, the songs themselves. One of the biopic’s most poignant moments occurs when Van Zandt, unable to remember his own lyrics to “If I Needed You” after a crippling stint in detox, gets some impromptu assistance from Foley. He stumbles up to the stage, slowly takes the microphone, and helps him finish the song — the two men leaning on each other both physically and artistically .

And what’s there left to say about what will hopefully be a star-making performance from Dickey? The guy makes an art form out of mumbling and constantly digging inward, yet somehow finds a twinkle in Blaze’s eye through all of it. With nearly everything on his person held together by duct tape, he shambles throughout Georgia, Texas, Chicago, and New York like a sort of softhearted, hitchhiking swamp monster, growing wearier as the flawed, human side of his personality swallows him whole. Dickey pivots between storyteller, philosopher, hopeless romantic, philanderer, asshole, loyal friend, and belligerent drunk all the way up until the very end.

Just listing those adjectives makes it sound like Blaze has the rise-and-fall volume of other music biopics, but as Hawke and Rosen bend time to their will, they err on the side of quiet beauty. If I could distill the essence of Blaze into one scene, it would be about halfway through the film, when both Foley and Rosen realize their relationship isn’t working. Tucked away in a Chicago apartment, Blaze plays her one last song, the heartbreaking “If I Could Only Fly.” As the snow falls outside, Hawke frames his shot with the fireplace in the background, making it appear that embers are dripping off the neck of Blaze’s guitar while he strums. It’s a moment of genuine tenderness among hardship, a testament to an artist who still found tiny moments of humanity as the world outside grows cold and falls apart — much of it by his own doing. Shit. I think I just mythologized Blaze Foley.