FIDLAR will have you shouting along with their infectious new single “Are You High?”: Stream

Another loud, catchy exploration of how much it sucks to be sober 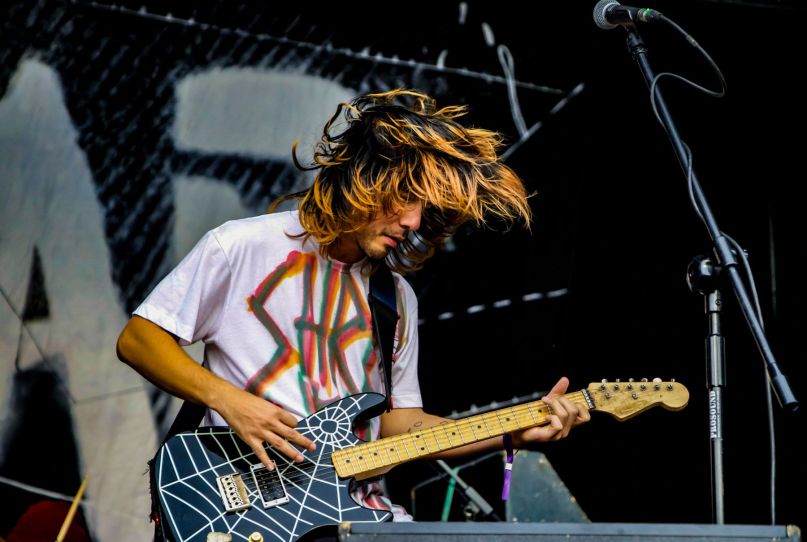 FIDLAR hits the road next month for a headlining tour of North America, and, along with raucous recent single “Alcohol”, the LA punks just released another new song you can expect to hear live. It’s called “Are You High?”, and it’s exactly the kind of shout-along rager we’ve come to expect from the band.

As with a number of cuts on the band’s last LP, Too, “Are You High?” pairs buzzing, infectious riffs with sneering lyrics about the anxieties and difficulties of sobriety. “And all my homies wanna know what I’ve been doing,” wails frontman Zac Carper, “I think they liked me better back when I was using.” The chorus, meanwhile, joins “Cheap Beer” as one of the band’s most deliciously participatory; this thing will be shouted to the heavens.

Hear it below via a video that captures the abandon of the band’s live shows.