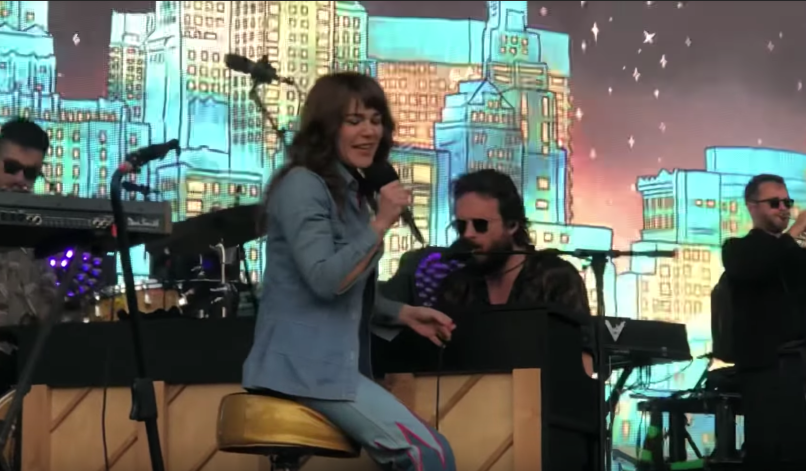 Father John Misty and Jenny Lewis were both part of a concert bill The National put on this past weekend in Toronto, Ontario. The show took place at Fort York on Saturday, August 4th and featured five bands, a mini-festival of sorts. Attendees were even treated to the typical festival occurrence of a surprise collaboration when Lewis joined FJM’s “God’s Favorite Customer”.

Misty got most of the way through the title-track to his latest album on his own before Lewis cooly walked out from backstage. She sat down on a stool next to Father John Misty’s piano and the two began serenading each other, even adding the other’s name to the lyrics. Check out fan-shot footage of the duet below.

Last month, FJM released the trippy video for his latest God’s Favorite Customer single, “Date Night”. Lewis, meanwhile, closed July by performing with Beck in New York City and also sat down to discuss her career on an episode of Kyle Meredith with… Take a listen below.