Ahead of the alt-rockers' North American tour with FIDLAR 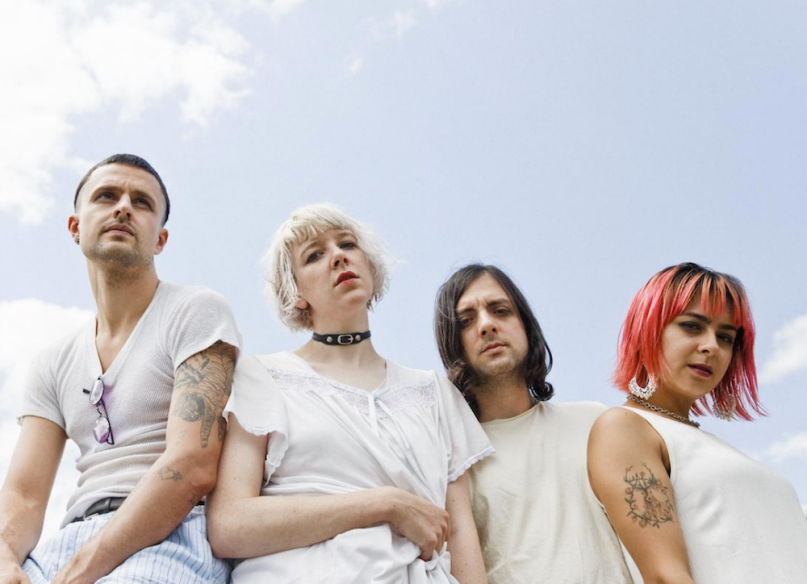 Toronto’s own Dilly Dally are about a month away from dropping their sophomore album, Heaven. The nine-track effort came to life during a period when the alt-rockers grew close to calling it quits after a grueling, nonstop work schedule surrounding their debut LP, 2015’s Sore.

Following lead single “I Feel Free”, Dilly Dally are now previewing the upcoming record with “Sober Motel”. It’s yet another song that showcases their fighting spirit and willingness to forge through the challenges of the music industry and their own personal lives.

In a statement, lead singer Katie Monks discussed the track in detail, including the inspiration that led to its creation:

“Sober Motel” is a celebration of sobriety, in the midst of an industry that is anything but. I wrote it in a motel bathroom after taking a mystical shower alone. There was something really pure about it all.

The song spawned from a sadness I had for my friend Tony (Dilly’s bass player) who was struggling with addiction. We all were realizing that being on the road had turned into volatile place for some of us, and it was heartbreaking.

In a larger sense, alcohol is so romanticized within our culture. Knowing that it can send so many people into a downward spiral, I wanted to step forward and do the opposite of that, and present people with a different image. All of this in the hopes that it would create a sort of protective layer around the band each night on stage (and anyone else who feels the same).

Check out the fierce and fuzz-laden cut below. Heaven arrives September 14th.

In support of Heaven, the band will be touring for the next few months, including North American dates with FIDLAR.