The mini-concert included renditions of "Miracle", "Graves", "Get Out", and "Never Say Die". 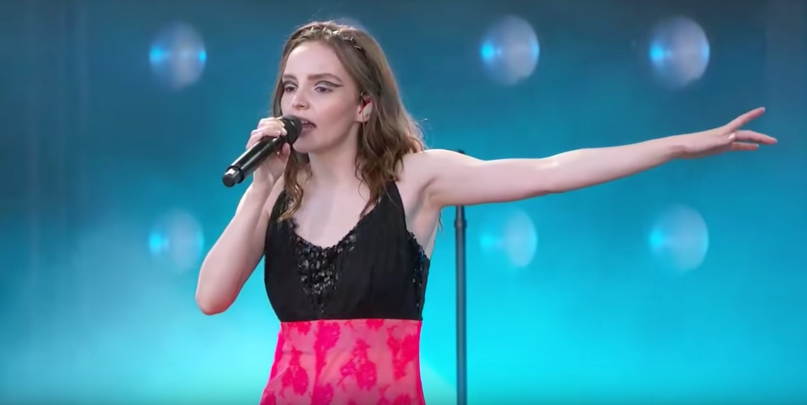 If you tuned into Jimmy Kimmel Live on Tuesday night, you caught CHVRCHES perform their thunderous single “Miracle”. Those who were present at the live taping, however, witnessed a complete mini concert in support of the Scottish band’s Love is Dead, and now the whole show can be watched online.

The four-song performance included “Get Out”, “Graves”, and “Never Say Die”, all tracks from CHVRCHES’ latest album. Lauren Mayberry quipped about being inappropriately dressed for the Los Angeles weather, so perhaps it was the heat that caused them to stumble through some false starts on “Get Out”. Either way, the band recovered as well as you’d expect and delivered a compact, enjoyable version of their full set.

CHVRCHES recently appeared on an episode of This Must Be the Gig to talk about their early touring days and what they like to do on their days off. Revisit that discussion below.