Brent Hinds would love for Mastodon to record a country album

"We want to create a discography that nobody else has done" 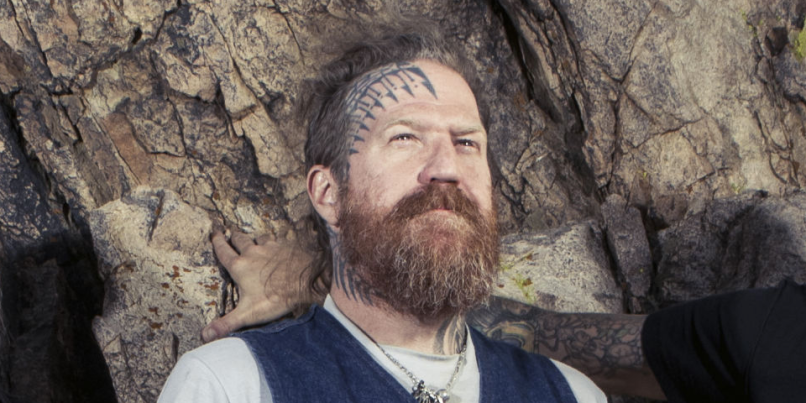 Mastodon singer-guitarist Brent Hinds tends to be a a bit of a goofball in interviews, playing fast and loose with the truth about his life and career. But if his recent chat with the podcast Let There Be Talk is to be believed, the rocker is very interested in making some country music with his Mastodon bandmates.

Hinds himself has already gone country, playing with the country-rock collective West End Motel. However, getting the other Mastodon members to go country may be a tough task.

In a conversation with host Dean Delray (listen below), Hinds says that he’d love a future Mastodon album to be a full-on country record. “I would love to dress up like a cowboy and play fancy big hollow body guitars,” Hinds says.

As the Mastodon growler says, he’s not sure his band’s fan base would be cool with such a dramatic tonal shift, but then again, that’s not his first concern. “I’m not sure how much our audience would enjoy it, but that’s not something that we’re really trying to put too many thoughts into. Because we want to create a discography that nobody else has done and touch all these genre.”

The issue, Hinds adds, is convincing Dailor to dabble in country music. “He’s not a very big country fan. He hasn’t learned that way but I know he has come from those roots. His grandmother and grandfather were in a country band and actually knew [country music legend] Ernest Tubb personally.”

It remains to be seen where Mastodon will go with their sound on future releases. In his recent interview with Heavy Consequence, Dailor told us that the band is planning on taking some time early next year to start hashing out ideas for the follow-up to their 2017 release, Emperor of Sand.