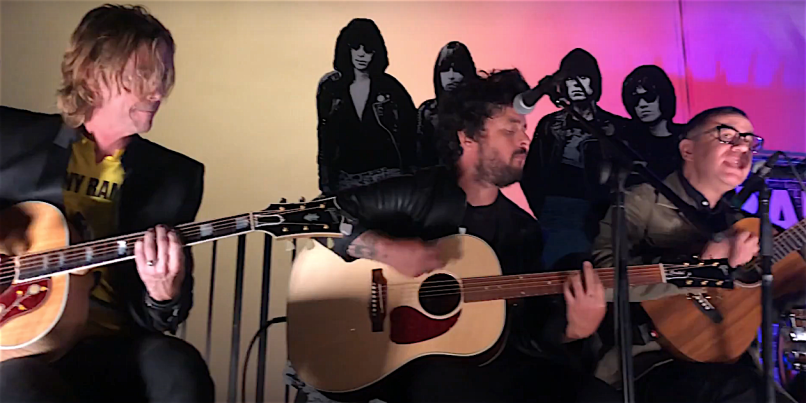 After the acoustic set, Armstrong shared his thoughts on the Ramones with Forbes, saying, “They seemed like a family, with the name and a gang or something like the Del-Lords or some kind of New York bunch of barbarians that could wield around a baseball bat. They’re known, just the leather jackets, the jeans and the thing I liked about them is they didn’t really play up the fashionable English mohawk punk. They were very American and very Americana. They got what the aesthetic was, especially for Johnny, who was a very proud American. So that sort of symbolized the Ramones.”

The set featured the all-star musicians playing such Ramones songs as “Rockaway Beach”, “Judy Is a Punk” and more. They also performed a rendition of the Sex Pistols’ “Pretty Vacant”. Watch in the clips below.