Like a Starbucks coffee, Minaj serves a consistent product with a reliable buzz 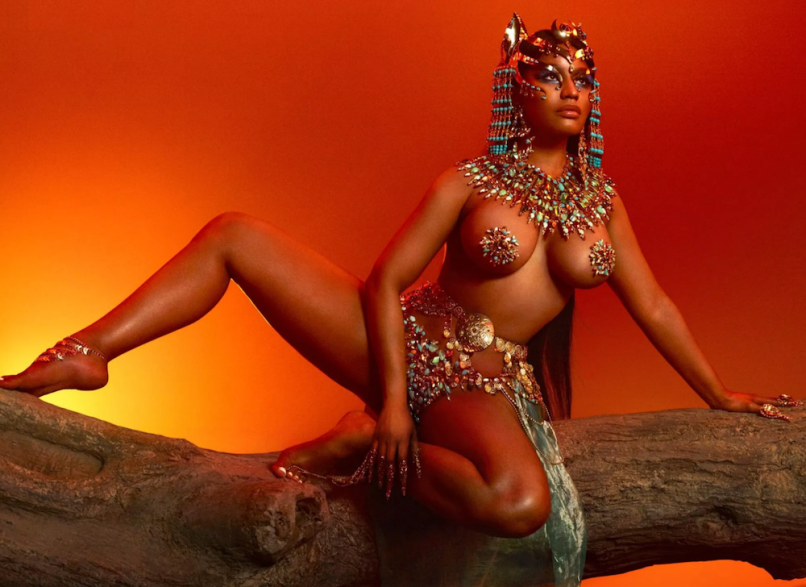 The Lowdown: Nicki Minaj has 92 entries on the Billboard Hot 100, the most of any female artist in any genre, so calling her album Queen is probably earned. She’s a dual-threat rapper-singer, in that order. Early in her, career she switched between personas like an overeager actor, but by 2014’s The Pinkprint, Minaj was editing out her most eccentric impulses; she was still colorful, but she no longer went Day-Glo fluorescent. Now we’ve arrived at Queen, her first album in four years and fourth overall. These days, her emotional range feels effortless. Like a veteran politician, she’s capable of being all things to all people at once.

The Good: “Barbie Dreams” is a riff on The Notorious B.I.G. song “Just Playing (Dreams)”. The verses are full of real-life emcees, and it’s mostly lyrical boxing, punchline after punchline. “Chun Swae” is an art pop collaboration with Swae Lee. His spaced-out falsetto is a great contrast for the sharper diction of Minaj, and she treats the woozy beat by Metro Boomin like a playground. But Minaj’s growth as an artist is most evident in her singing. On “Come See About Me”, her tone is rich and expressive. She’s still a better rapper than vocalist, but the gap is narrowing.

The Bad: Queen could have used more moments of eccentricity. Sometimes it feels too solid, too lacking in the wonderful weirdness that makes Nicki Minaj such a delight. There’s a bit of filler in those 19 tracks, and even the best songs aren’t what you’d call deep. It’s fun, but it feels slight.

The Verdict: Pop music is, by definition, more concerned with money than art. But that doesn’t mean it automatically fails at being art, and Nicki Minaj is really quite talented. At this point, she’s like a Starbucks coffee, a consistent product with a reliable buzz. The next cup probably won’t change your life, but it might just get you through the day.