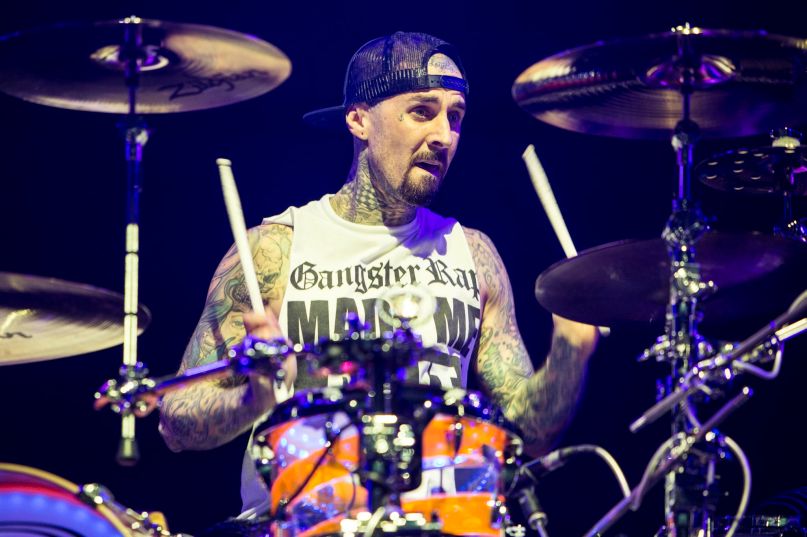 Can the universe please cut Travis Barker a break? The Blink-182 drummer, a plane crash survivor who is currently suffering from blood clots in his arms, causing the band to postpone its ongoing residency in Las Vegas, has now he’s been involved in a serious car accident.

According to TMZ, Barker was driving his Mercedes in Calabasas on Friday when a school bus of all things crashed into him. Thankfully, no children were on the bus at the time of the accident, but Barker’s 14-year old son was reportedly a passenger in Barker’s car. His condition is unknown, but reports say Barker was able to emerge from the vehicle unscathed, if noticeably “dazed.”

On Monday, Barker shared a four-minute video chronicling his road to recovery on his YouTube page. The good news is that the blood clots weren’t deep enough to spread to his lungs, though the bad news is that drumming will most assuredly aggravate the inflammation. He’ll be cleared to play again soon, but it’s safe to say his career has been deeply impacted.

Barker is slated to play with Blink at Chicago’s Riot Fest this September.

Watch the video below.