The men assaulted 6ix9ine, knocking him unconscious, and loaded him into the back of their vehicle, where they demanded money and jewelry 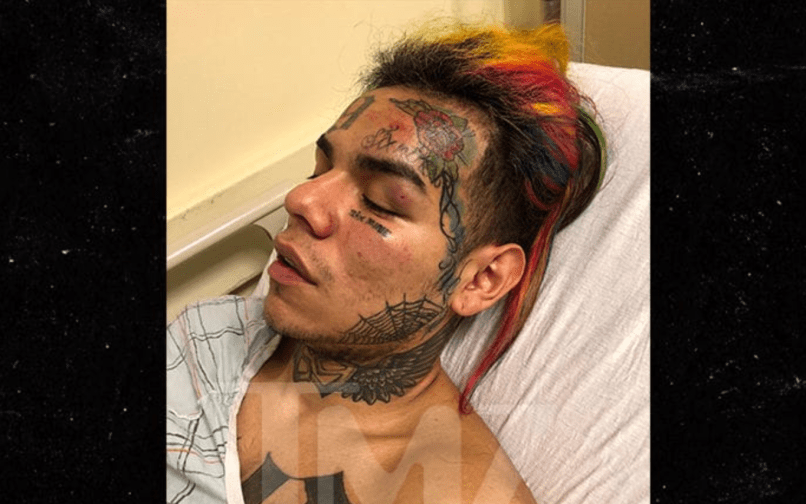 Tekashi 6ix9ine was reportedly kidnapped and robbed early Sunday morning, and is currently recovering in a hospital.

According to TMZ, the 22-year-old Brooklyn rapper had returned home following a music video shoot when he was confronted by three hooded men blocking his driveway. The men pistol whipped 6ix9ine, knocking him unconscious, and proceeded to load him into the back of their vehicle. Once 6ix9ine regained consciousness, the men demanded money and jewelry or else they threatened to kill him. Two of the men then entered 6ix9ine’s home and robbed him of $750,000 in jewelry and between $15,000 and $20,000 in cash. Tekashi’s partner and daughter were inside the house but were not hurt.

6ix9ine is currently in the hospital.

Update – 1:00 p.m. ET: TMZ reports that 6ix9ine told a different story to police. In this version of events, 6ix9ine said he was confronted at a red light by two gunmen, who stole his driver’s iPhone and dragged 6ix9ine into their car. They then went to 6ix9ine’s house, where he was forced to hand over his jewelry to the men. He then managed to escape and called the police, but later became uncooperative. He also checked himself into the hospital.