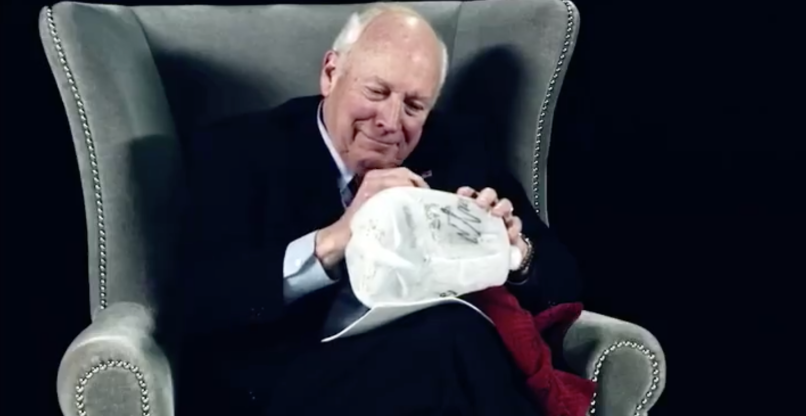 Sacha Baron Cohen is reportedly set to return to television with a new interview-based series for Showtime. And if the teasers he’s posted to social media are any indication, we’re in for a real treat. Update: The series is called Who is America? and will premiere on July 15th.

Cohen first hinted at the series on Fourth of July by sharing a clip in which Donald Trump ridicules the comedian and tells “this third rate character” to “go to school” and “learn about being funny.” The video closes out with the text “Sacha graduates” and a logo for the now-defunct Trump University.

Now, Cohen has shared a second teaser. “Imagine if Sacha Baron Cohen had been undercover secretly filming a new show for a year…” reads the clip’s opening title card. It then transitions to audio of what appears Cohen, in character, asking former vice president Dick Cheney  to sign his “waterboard kit.” Cheney is then shown signing said kit and jokes, “That’s the first time I’ve ever signed a waterboard.”

Showtime has said it can’t formally announce details of Cohen’s project until July 15th, but that hasn’t stopped the network from labeling it as “the most dangerous show in the history of television.”