Pose lives to slay another day, renewed for a second season at FX

The groundbreaking series will return in 2019 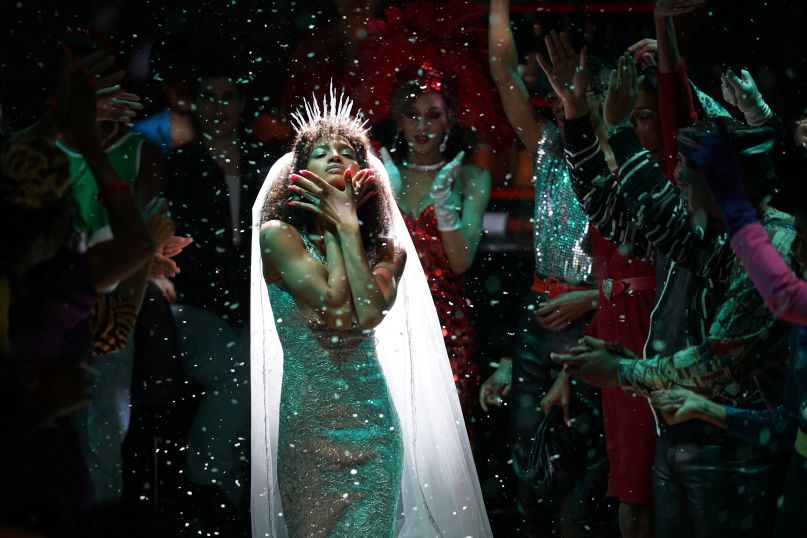 Here’s a small piece of great news: FX has made the wise decision to keep adding to its pile of great TV shows by renewing Pose, the groundbreaking series from Ryan Murphy, Brad Falchuk, and Steven Canals that’s been keeping Consequence of Sound’s TV writers riveted all summer. The second season will arrive in 2019.

In a statement, CEO of FX Networks and FX Productions John Landgraf said:

“Ryan Murphy has once again revolutionized television with Pose, an incredibly engaging story of creativity, courage, compassion, love and family at a pivotal time in our culture… As television critics have universally acknowledged, there is simply nothing like Pose on TV, so effortlessly excelling on every creative level and earning a place in television history for its infectiously inclusive spirit. We are honored to partner with our producers Ryan, Brad Falchuk, Steven Canals, Nina Jacobson, Brad Simpson, Alexis Martin Woodall and Sherry Marsh, and the incredible cast and crew to continue this groundbreaking journey that is Pose.”

Pose premiered on June 3rd to near universal acclaim, and praise has only increased since then. In his review of the first four episodes for Consequence of Sound, our own Clint Worthington called the series “authentic, vulnerable and rooted in individual characters – never devolving into gimmickry or novelty,” adding, “if the show maintains the joy and complexity of its first few episodes, it may well be one of the best, bravest LGBT shows on TV.”

That promise has been realized, and then some, getting better and more powerful with each episode, while never relinquishing its empathy and warmth.

Set in the 1980s, Pose takes a penetrating look at the contradictions and color of the era, while remaining at its heart focused on family — the kind one chooses. The series is groundbreaking, featuring the largest cast of transgender actors in series regular roles in TV history, as well as the largest recurring cast of LGBTQ actors ever for in the world of scripted television. The cast includes Mj Rodriguez, Dominique Jackson, Indya Moore, Hailie Sahar and Angelica Ross, who co-star alongside Evan Peters, Kate Mara, James Van Der Beek, Charlayne Woodard, Ryan Jamaal Swain, Dyllón Burnside, Angel Bismark Curiel, and Tony-winner Billy Porter, as well as Murphy-world regulars Evan Peters and Kate Mara.

Pose continues Sunday night with its penultimate episode, “Pink Slip”, written by Steven Canals and Our Lady J, one of the show’s several transgender writers. The finale, “Mother of the Year”, airs June 22nd. You can hear more of our thoughts on this remarkable series on the Consequence podcast TV Party.