Philip Anselmo honors Vinnie Paul with Pantera cover: “This is one for Vince” 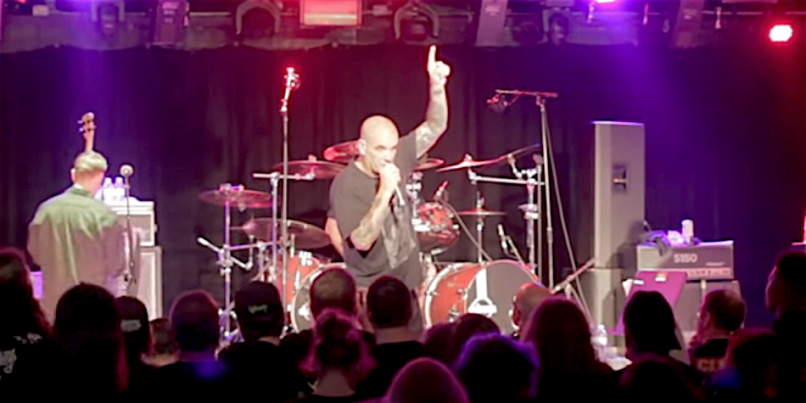 The metal world is still in mourning following the unexpected death of legendary Pantera drummer Vinnie Paul on June 22nd in Las Vegas. Last night (July 5th), his long-estranged Pantera bandmate Philip Anselmo paid tribute to Paul with a cover of the band’s “Slaughtered” off the album Far Beyond Driven.

It’s no secret that Paul and Anselmo were not on speaking terms for nearly two decades, following the breakup of Pantera in 2003 and the subsequent shooting death of Paul’s brother, Dimebag Darrell. In fact, Paul vowed never to speak to Anselmo again, and kept that promise all the way until his death.

Anselmo had made some inflammatory comments about Dimebag in an interview with Metal Hammer shortly before the guitarist was gunned down by a deranged concertgoer onstage while playing a show with his band Damageplan in December 2004. While Anselmo, in recent years, expressed interest in reuniting with his surviving Pantera bandmates, Paul always shut down that idea whenever asked about the possibility of a reunion.

Last night, while performing with his band Scour at the Baltimore Soundstage, Anselmo simply said the words, “This is one for Vince,” and pumped his fist in the air before launching into a performance of the Pantera track “Slaughtered.”

The tribute last night followed a brief video message that was played at Paul’s public memorial in Dallas this past weekend, in which Anselmo was seen saying, “Vince, I’ll always have love in my heart for you. Rest in peace.”

Meanwhile, Vinnie Paul’s most recent band, Hellyeah, also honored their late drummer with a video released today (July 6th). The clip begins with video of Vinnie himself thanking his fans for supporting him in his different bands over the years, followed by a montage of memorable moments.

While an official cause of death has not been announced, the Las Vegas Review-Journal has reported that Paul died of a major heart attack.