The inmates of Litchfield go to super max in trailer for Orange is the New Black season 6: Watch

"This isn't home, this is not home" 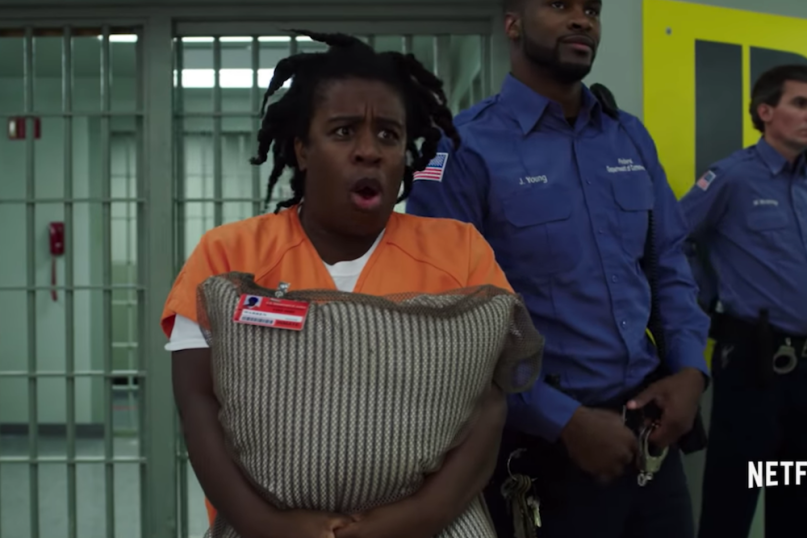 The new season of Orange is the New Black is set to premiere on Netflix on July 27th. In anticipation, the streaming giant shared the first full trailer for season six, and it shows Litchfield’s inmates settling into their new digs in maximum security — and it’s anything but a smooth transition.

In season five, [spoiler] the inmates staged a three-day riot at Litchfield that resulted in prison-wide chaos and even murder. The finale saw many fan favorites — including Suzanne (Uzo Aduba), Piper (Taylor Schilling), Taystee (Danielle Brooks), Red (Kate Mulgrew), Nicky (Natasha Lyonne), and Gloria (Selenis Leyva) — being captured by officials and bussed away to an undisclosed location.

(Read: Netflix Sells Weed Strains Based On Its Shows)

“This isn’t home, this is not home,” a stuttering and flustered Suzanne says in the trailer’s opening minutes, as she steps foot into Litchfield max. And she’s right, she and her friends are definitely not in Kansas anymore. In their new home, Piper and company are introduced to new rules, cell mates, and enemies. Friendships will form, but old ones will also be tested.

Notably, Alex (Laura Prepon) doesn’t appear anywhere in the trailer, so it’s unclear whether she’s been sent off to the same maximum security location. A familiar face does pop up, though, in Lolly (Lori Petty), who hadn’t been seen since season four.

Check out the season six trailer for Jenji Kohan’s prison dramedy below.