Ronald McDonald, it appears, watches as many Seinfeld reruns as the rest of us 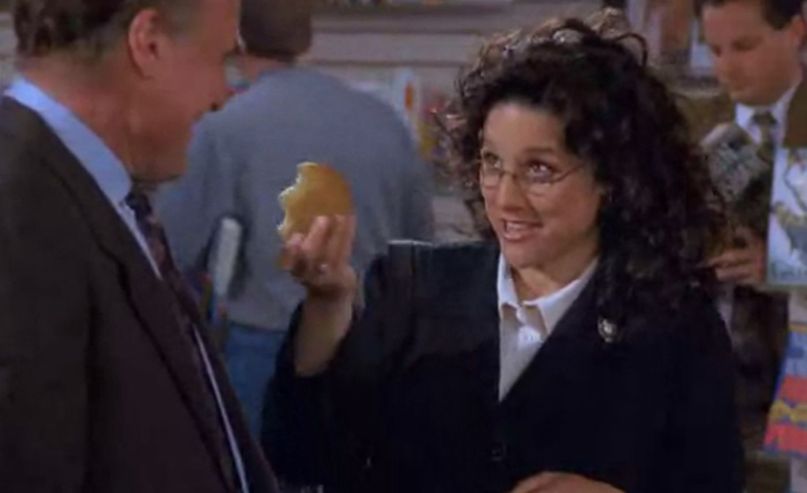 Top o’ the muffin, dear readers! Ronald McDonald, it appears, watches as many Seinfeld reruns as the rest of us, as the clown is reportedly drawing on the series for menu inspiration. Nation’s Restaurant News reports that the venerable fast food chain will now be selling muffin tops, an idea hatched by Elaine Benes more than two decades ago.

Flavors include lemon poppy seed, blueberry, and double chocolate, and none of them will arrive with the stumpy bottoms, which are crumbly little nightmares anyway. They’ll be sold in McDonald’s redesigned “Experience of the Future” locations, which, yes, are actually called that. The announcement comes three years after McDonald’s announced it would serve its breakfast menu all day.

“We took our eye off the ball on breakfast,” chief financial officer Kevin Ozan said at a May investor conference, per The Hamilton Spectator. “With everything else going on, we just lost a little focus on that breakfast day part.”

The Spectator also notes that, last year, McDonald’s US fast food market share was down to 14.7% after being a 17.4% five years ago, so there’s a lot riding on these muffin tops.

Anyways, now that your stomach’s rumbling, revisit the best moments of the Seinfeld episode that inspired the idea below.