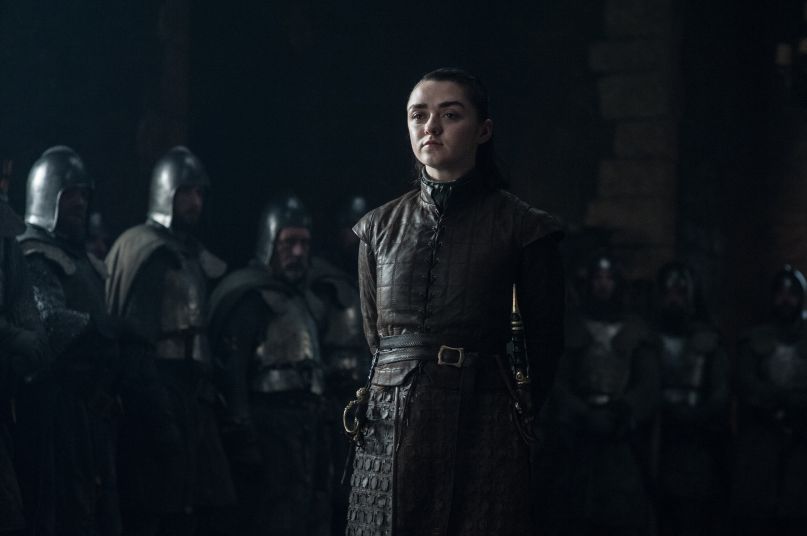 Game of Thrones is nearing its end, as far as the actors making it are concerned. Last month, Emilia Clarke bade farewell to her time in Westeros with a heartfelt Instagram post, and now co-star Maisie Williams has done the same — but while Clarke said goodbye in a field of flowers, Williams’ post is considerably more on-brand for the show. Still, it’s no less heartfelt.

Before those ominous hashtags (“#lastwomanstanding”, ?!) get you as fired up as poor old  Shireen Baratheon, it’s worth noting that Williams is likely referring to the shooting schedule, and not Arya’s fate. Fan community site Watchers on the Wall shared a post this morning about the final week of filming for HBO’s massive series. While the show’s wrap party took place last week, shooting continued until yesterday, much of it on the massive King’s Landing set. Relatively few cast members were on site for filming, meaning Williams — who, after all, is unlikely to spoil the end of the series for viewers — was probably referring to being the last female member of the cast on set.

That said, those are some seriously bloody shoes.

If you saw Williams’ post and thought to yourself, “They’re done filming, the show will probably be back soon” — Oh, my sweet summer child. Given the show’s widely lauded technical accomplishments, there’s likely months of special and digital effects work still to be done. The show won’t be returning to air until 2019. In the meantime, you can dayream about the Jane Goldman-helmed prequel that’s on the way.