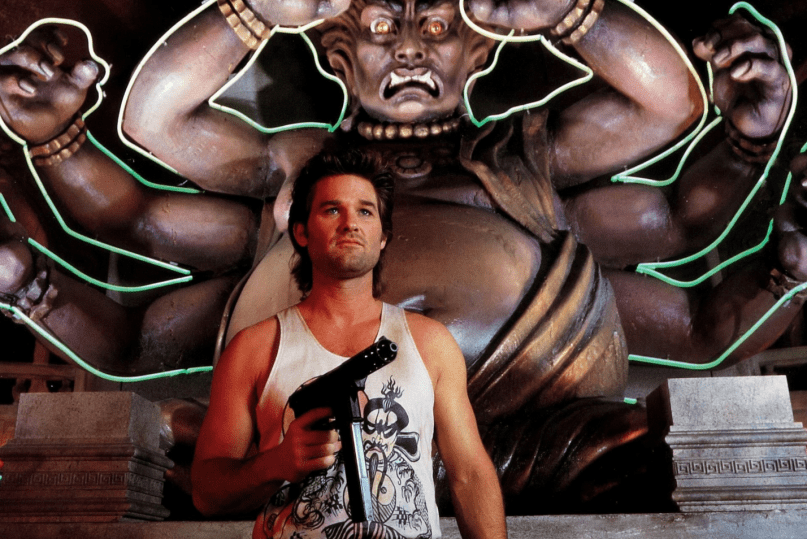 Big Trouble In Little China is one of John Carpenter’s stranger films, but it’s nevertheless built up one of the director’s more ardent cult followings. “I think it’s because it’s such a silly film and the hero is such an idiot,” he told us last year. “It’s got a lot of kung-fu in it, which is always fun; it’s got a sword fight in mid-air.” The movie’s also got a killer soundtrack, with one of its songs appearing on Carpenter’s recent Anthology: Movie Themes 1974 – 1998. Now, however, it’s time to revisit the entire thing, as the score is now being reissued on vinyl.

(Ranking: Every John Carpenter Movie from Worst to Best)

Mondo is behind the reissue, which marks the first time in 30 years that the 1986 film’s soundtrack will be pressed to vinyl. The 2xLP, 180-gram edition comes in two formats, one of which—the “clear lightning bolt” pressing—can only be found at the San Diego Comic-Con. They’re only making 500 copies of that one, but a red vinyl to be subsequently released will be readily available. Remastered by James Plotkin, the release features artwork by Phantom City Creative.

See some shots of the reissues below.