Jimmy Fallon has been telling the same bad joke over and over again: Watch 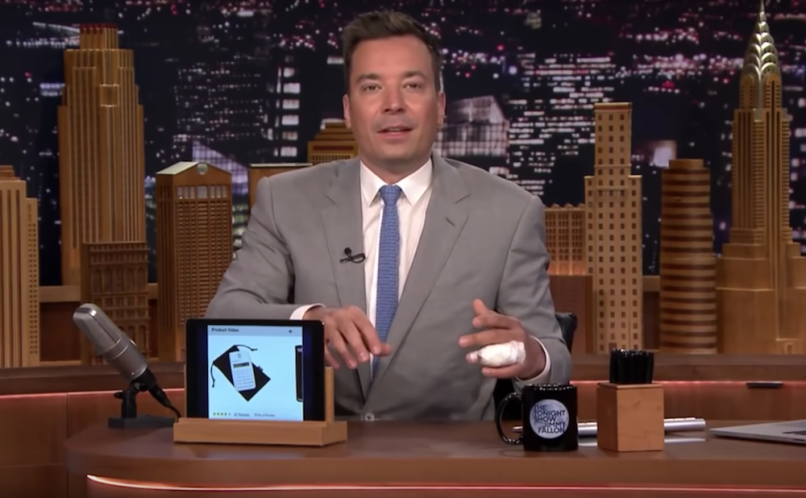 It’s been a long time since Jimmy Fallon was legitimately funny on television. Could the blame rest on his writers? The lack of co-star buffers à la Saturday Night Live? Or perhaps just Fallon himself? One thing is for sure, though: Many of the jokes on The Tonight Show are not good. Unfortunately for everyone involved, apparently Fallon is a fan of recycling said bad jokes over and over again.

As one YouTuber has recently shown (via Exclaim), Fallon is particularly into regurgitating a shtick from his “Screengrabs” segment. The whole bit involves captcha codes, those security words you have to type in on sites like Ticketmaster to prove you’re not a robot. Fallon introduces the captcha code to the audience — usually some kind of play on sexual innuendo like “weiner hound” or “myahole closes” — then performs this mini skit in which he accidentally invites his wife into the den, where presumably she’s horrified to see such dirty words on the family’s computer screen. Yuk yuk yuk. And the crowd cheers!

Except it barely does. And yet he’s repeated the same joke, nearly word for word, for years it seems. I’m no genius, but I’m pretty sure 0 multiplied by 4 is still a big fat zero.

Check out the edited clip below.