Tom Arnold’s Hunt for the Trump Tapes begins in September 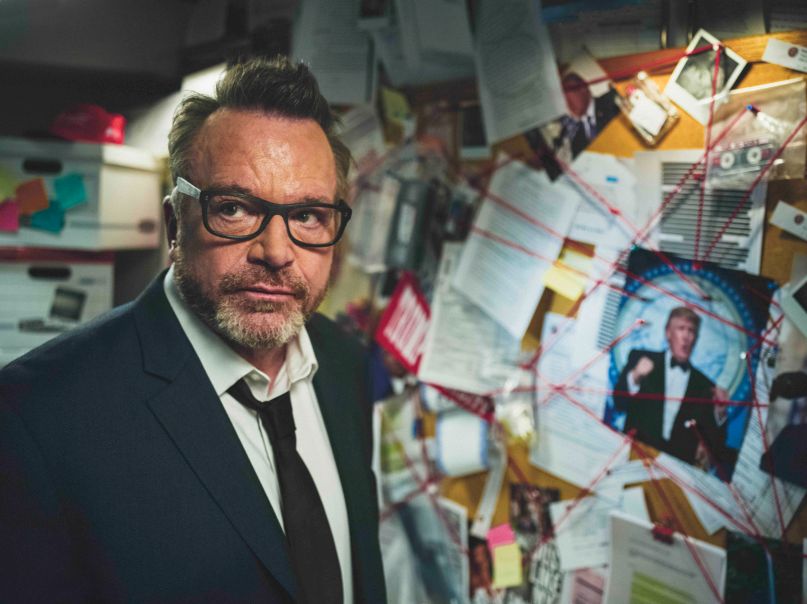 Viceland has announced the premiere of The Hunt for the Trump Tapes with Tom Arnold, a new series in which comedian/actor Tom Arnold, ah, hunts for Donald Trump’s tapes. The series premieres September 18th with back-to-back episodes, airing at 10:30 p.m. EST.

The network describes the series as All the President’s Men meets Curb Your Enthusiasm, and now we need to see Larry David working at the Washington Post immediately. Take it away, press release!:

“[C]omedian/actor Tom Arnold takes his addled activism off Twitter into real life and tries his hand at ‘citizen journalism.’ Using his network of connections, Arnold searches for the truth behind the many rumored, potentially damaging recordings of President Donald Trump.

As Arnold’s potentially quixotic search among the powerful people who may have or know of these tapes unfolds, the series becomes a funhouse mirror snapshot of our current media and political landscape.”

The series begins with Arnold appearing on The Howard Stern Show, asking Stern to give up his hours and hours of Trump-related audio, and follows Arnold from there. The series promises appearances from Celebrity Apprentice alums Arnold Schwarzenegger and Penn Jillette, as well as Judd Apatow, and frequent Trump target (and opponent) Rosie O’Donnell.

“While the show is undoubtedly comedic in tone, Arnold remains steadfast in his belief that not only do some of these tapes exist, but they matter and need to be seen and heard.

The network continues to maintain a secure website (www.viceland.com/tips) for any whistleblowers or sources to send leads or actual footage (all of which will be vetted and authenticated) to help Arnold on his quest for the truth.”

Arnold and executive producers Jonathan Karsh and Nomi Ernst Leidner are about to appear at the Television Critics Association press tour; check back for updates.