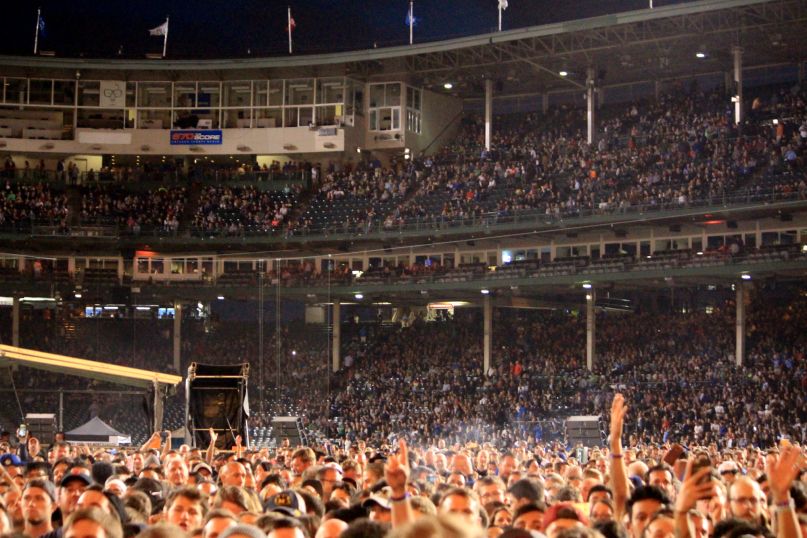 A 23-year-old woman was sexually assaulted during a Foo Fighters concert at Wrigley Field in Chicago on Sunday, according to the Chicago Tribune.

The woman told police that she was initially groped by a man while waiting in line for food. She then left the line and walked to a nearby port-a-potty. However, before she was able to lock the door, the same man entered the port-a-potty, grabbed her by the neck, and hit her against the wall of the port-a-potty, she said.

The woman immediately reported the incident to a stadium nursing station, which called police. She was then taken to a local hospital.

The suspect is described as white, between the ages of 40 and 50, 5-foot-9 with brown, thinning hair and possibly a receding hairline, according to the Tribune. He was not in custody as of publication.