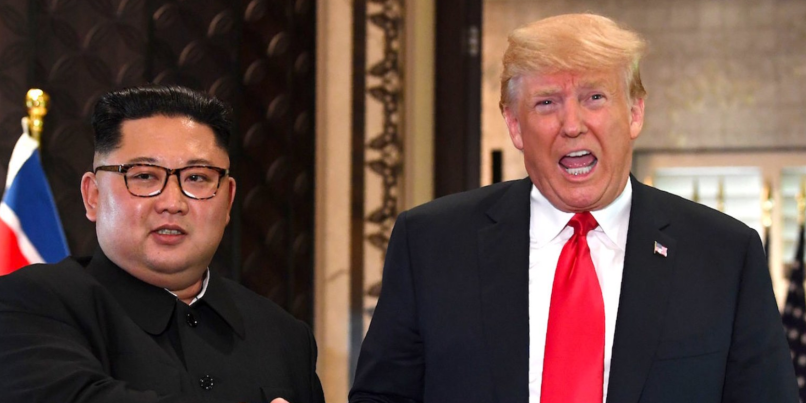 Since last month, Donald Trump has been involved in a one-sided love affair with murderous North Korean dictator Kim Jong-un. Trump traveled to Singapore for a summit with Kim, and despite receiving no verifiable assurances that that North Korea will denuclearize, he stood side by side with Kim, American and North Korean flags intertwined, giving Kim the legitimacy he and his regime had long sought. And just for kicks, Trump agreed to cease military exercises on the Korean peninsula.

In the weeks since then, North Korea has done anything but denuclearize, with multiple independent watchdogs reporting evidence that the country is actually building up its nuclear facility. And yet, Trump continues to shower Kim with praise and gifts usually reserved for our country’s closest alleys.

Per Korea’s Chosun Ilbo, U.S. Secretary of State Mike Pompeo arrived in North Korea Thursday for another high-profile meeting, and he brought along a gift from Trump to Kim in the form of a CD copy of Elton John’s “Rocket Man”.

A diplomatic source told Chosun Ilbo that “the ‘Rocket Man’ CD was the subject of discussion during Trump’s lunch with Kim. Kim mentioned that Trump referred to him as ‘rocket man’ when tensions ran high last year” after a series of nuclear tests and missile launches by the North. “Trump then asked Kim if he knew the song and Kim said no.”

Trump remembered the conversation and told Pompeo to take a CD with the song for Kim. He reportedly wrote a message on it and signed it.

And to think, Melania is still waiting for her birthday present.