Dave Paulson takes us back to Sandusky, Ohio through nine tracks 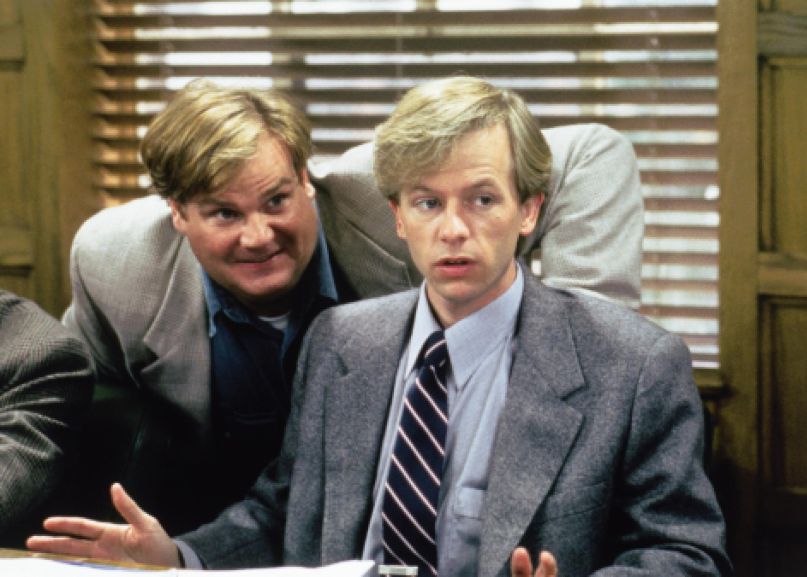 Tommy Boy is special. Unlike most slapstick comedies, Peter Segal’s 1995 cult classic has a heart that beats louder than any of its peers. Because when you look past the smashed tables, crumpled cars, and jovial D+s, there’s a palpable coming-of-age story that’s surprisingly timeless, made all the more heart-wrenching when you factor in the untimely death of Chris Farley. Christ, that final scene on the boat is hard to watch.

That magic isn’t lost on singer-songwriter Dave Paulson, who went ahead and wrote an entire album based on the film. He’s called it Sandusky, Ohio, and before you start rolling your eyes like Richard Hayden, thinking it’s acoustic version of “Fat Guy in a Little Coat”, think again. No, this is power pop at its finest, a bracing, emotional concept album that recalls the heights of Ben Folds and the wizardry of The Long Winters.

“Can’t shake the only fate, I’ve ever known,”  Paulson sings on “My Old Man”, cracking the thin candy shell wrapped around Tommy’s wing-lovin’ mind. “If this town needs to turn around, guess I’m the only one.” On “Don’t Let It Get You Down”, which sounds like an offering from the Fab Four, he paints the action accordingly, “Driving away from Sandusky, we’ll trace the dotted line, crossing our hearts and hope you’ll sign.”

Essentially, Paulson pays respect to the source material, while also making it his own thing. It’s really incredible.

“My music has always been autobiographical,” he recently told MEL Magazine. “But I also was never super comfortable at baring my soul in a very plain way that a listener could really access what I was talking about. It was always pretty cryptic, lots of imagery, impressionist. I’ve heard a lot over the years: ‘Yeah, I just … I don’t know what you’re singing about.’ So I thought, What if I did the opposite—something that’s not abstract and not at all intimidating to a listener? And pretty quickly I arrived at an album about Tommy Boy. Also, I always wanted to do something ludicrous.”

As you’ll see below, it’s hardly ludicrous. Trust me. I swear I’ve seen a lot of stuff in my life, but this… is… awesome. And, if anything, it’s a nice road trip away from our current state of affairs, where too often we sound like Ted Reilly, shouting: “Oh my god, we’re all gonna die.” It’s time we all got ourselves a new map.

Plus, here’s a short accompanying clip: