The network conducted a thorough investigation of the allegations 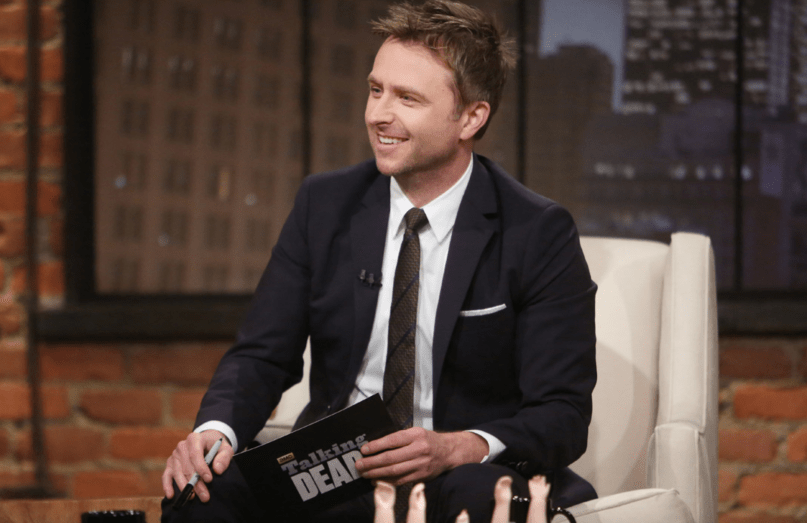 Chris Hardwick will be back as host of AMC’s The Talking Dead and Talking with Chris Hardwick following the network’s investigation into allegations of sexual and psychological abuse.

Hardwick, a popular comedian and podcaster who helped found the Nerdist media company, was accused of years of abuse by his ex-girlfriend, actress Chloe Dykstra. AMC conducted a “comprehensive assessment” of the allegations, working with Ivy Kagan Bierman of the Loeb & Loeb law firm. “We take these matters very seriously and given the information available to us after a very careful review, including interviews with numerous individuals, we believe returning Chris to work is the appropriate step,” the network said in a statement.

Update — Friday, July 27th at 11:30 a.m. CT: In a statement posted to Twitter, Dykstra said that she chose not to be involved with AMC’s investigation into Hardwick. “I have been adamant since I came forward with my essay that I never set out to ruin the career of the person I spoke about,” she wrote. “I could have provided more details on the matter but chose not to.”

“I have said what I wanted to say on the matter and I wish to move on with my life. I chose not to participate in the investigation against the person I spoke of. For that reason, I do not believe in an eye for an eye, and therefore I have only shared my evidence with those who I felt should see it.

I originally wrote my essay so I could move on with my life, and now I intend to do so. Thank you, again, to those who have supported me during this. pic.twitter.com/sjBEKGpY7v

In a June essay published on Medium, the 29-year-old Dykstra accused the 46-year-old Hardwick of asserting complete control over her public habits, including limiting her ability to speak in public or take photographs of them together. Worse, she claimed he repeatedly abused her sexually, demanding sex even when she was ill. Hardwick issued a statement in response denying the allegations while admitting that his three year relationship with Dykstra “was not perfect” and saying she cheated on him.

Walking Dead superfan and frequent Talking Dead guest Yvette Nicole Brown had filled in for Hardwick at a number of panels during this past weekend’s San Diego Comic-Con, and she’ll do so again for the Walking Dead season nine preview special on August 5th. She’ll also serve as a guest on the August 12th episode of Talking Dead, which will feature Hardwick once again taking lead on the show.

There’s no word on when Talking with Chris Hardwick might return, but it wasn’t scheduled to come back until next summer either way.

Nerdist had previously removed all mention of Hardwick from their website after issuing a statement, and as of publishing the company has yet to respond to the new developments.