Brandon Flowers performs acoustic version of “When You Were Young” on Seth Meyers: Watch

Plus, he talks about The Killers' early days, including their very first live show 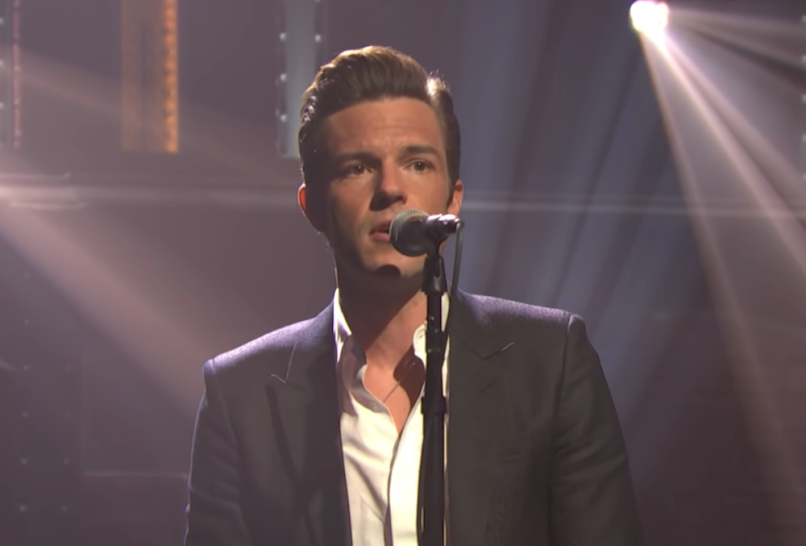 Last month, The Killers celebrated the release of a new career-spanning seven-album vinyl box set. In support, frontman Brandon Flowers appeared on Late Night with Seth Meyers on Monday to talk about the band’s rise to fame as well as perform an acoustic version of their 2006 Sam’s Town hit “When You Were Young”.

In his interview with Meyers, Flowers discussed how the group came together all thanks to classified ad, the setlist of their very first show, and the way his three children can’t seem to make it through a Killers show without falling asleep. He also recounted when the band brought up a young audience member to play the drums during their Panorama Festival set over the weekend. As for his Late Night performance, Flowers’ rendition was both touching and elegant.

Check out all the clips below, including footage of that special guest drummer at Panorama.