"1867", "SDIAH", and "Naeem 2" were created as part of a collaborative dance performance called Come Through 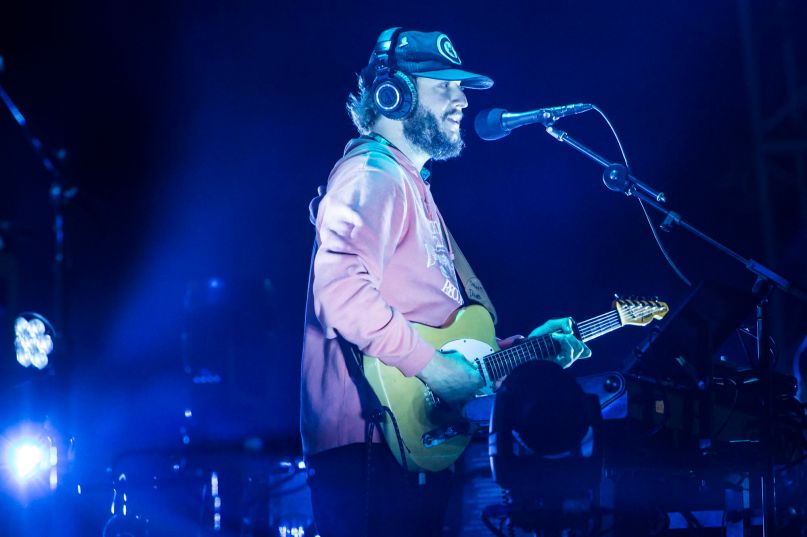 Earlier this year, Bon Iver‘s Justin Vernon debuted new material during a collaborative performance with Minnesota’s TU Dance. Snippets of the performances emerged online, but now, with the release of a new PBS documentary about the collaboration, we’ve also received three high-quality videos featuring new songs and their accompanying dances.

Titled “Come Through”, this fusion of Bon Iver’s music and contemporary dance officially premiered last April, but will see a forthcoming staging on August 5th in Los Angeles. The new songs include “Naeem 2”, a tribalistic, 7-minute cut featuring auto-tuned vocals; “SDIAH”, which is drenched in saxophone and Vernon’s yelping vocals; and what’s described as an “excerpt” of “1867”, a tender, acoustic ballad that evokes Bon Iver’s breakout, For Emma, Forever Ago.

“I’d never been moved by dance really before,” Vernon says in the documentary. “What I came away with after seeing [TU Dance] perform for the first time is, like, there’s real pain, there’s real struggle, and there’s real redemption. I didn’t know bodies moving around to simple music could do that much.”

See the documentary, as well as videos featuring the new songs, below.