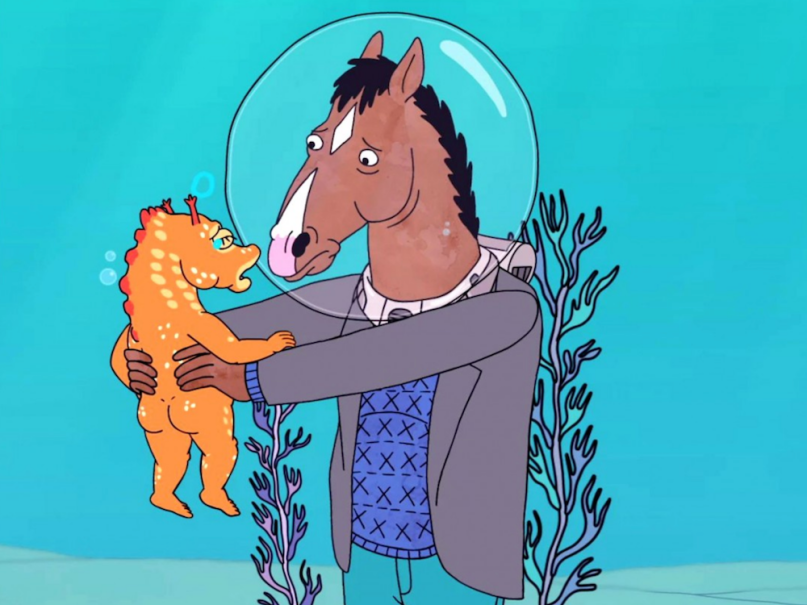 When I think about TV syndication, the first things that often come to mind are TBS reruns of Friends and, many moons ago, Saved By the Bell. With the takeover of streaming platforms, however, the rules regarding syndicating stream-only shows are pretty much unchartered territory. That is, until now.

BoJack Horseman, the beloved animated series about the saddest talking horse and his Hollywoo animal friends, has become the first Netflix original to be syndicated for cable TV. In a deal that was announced today, distributor Debmar-Mercury has sold the show’s first five seasons to Comedy Central.

The Viacom-owned network will begin running BoJack, in linear fashion starting with season one, on September 26th following the season 22 premiere of South Park.

“Comedy Central has a long history of using potent satire to help make sense of trying times, so BoJack Horseman is a perfect fit in our lineup,” Tanya Giles, General Manager at Comedy Central noted in a statement. “We’re thrilled to be the first to put BoJack on linear TV, and who better than an animated horse to teach us a thing or two about humanity? Straight from the horse’s mouth.”

Since premiering on Netflix in August 2014, the Raphael Bob-Waksberg-created BoJack has earned plenty of critical acclaim (though perplexingly zero Emmys). The program features recurring voice actors in Will Arnett, Amy Sedaris, Alison Brie, and Aaron Paul, among a revolving door of famous guest stars. The Black Keys’ own Patrick Carney had a hand in the show’s theme song.