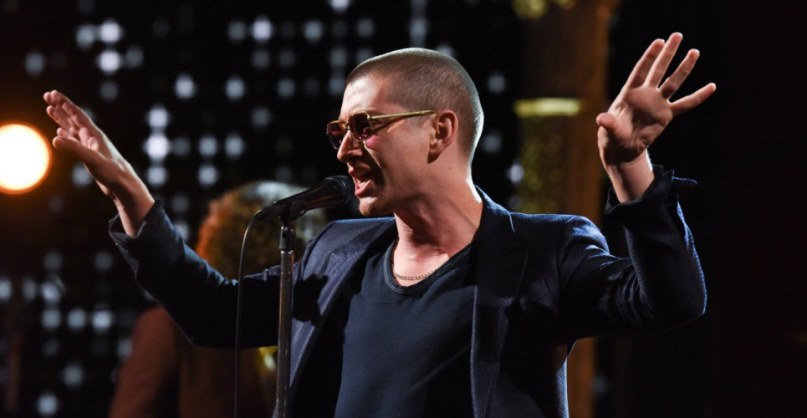 Almost everything about Arctic Monkeys’ Tranquility Base Hotel & Casino has thrown fans for a loop, from its piano lounge aesthetic, to the decision not to release any singles ahead of the album’s release, to the accompanying music videos, which reach Stanley Kubrick levels of weirdness. The latest curveball comes courtesy of frontman Alex Turner, who has gone the route of his mentor Josh Homme and shaved his head.

Turner debuted his new look during the band’s appearance on the Late Show with Stephen Colbert on Monday night.

Over on reddit, some fans have theorized that the haircut is a precursor to the band’s next music video (“Plot twist: TBHC wasn’t a hotel, it was a prison,” one fan writes) or their follow-up album (“It’ll be their most philosophical and experimental record. The lyrics will deal with the afterlife, aliens, and religious cults,” predicts another fan.) Or, maybe he’s just adapting to what has been an insufferably muggy week of weather on the East Coast. Either way, as another redditor accurately points out, “You should be glad Alex shaved his head. In a few month’s time we’ll be seeing this Alex again after over a decade. This is a once in a lifetime opportunity.”

You should be glad Alex shaved his head. In a few month’s time we’ll be seeing this Alex again after over a decade. This is a once in a lifetime opportunity from arcticmonkeys