Body/Head Reach a New Creative Peak on The Switch 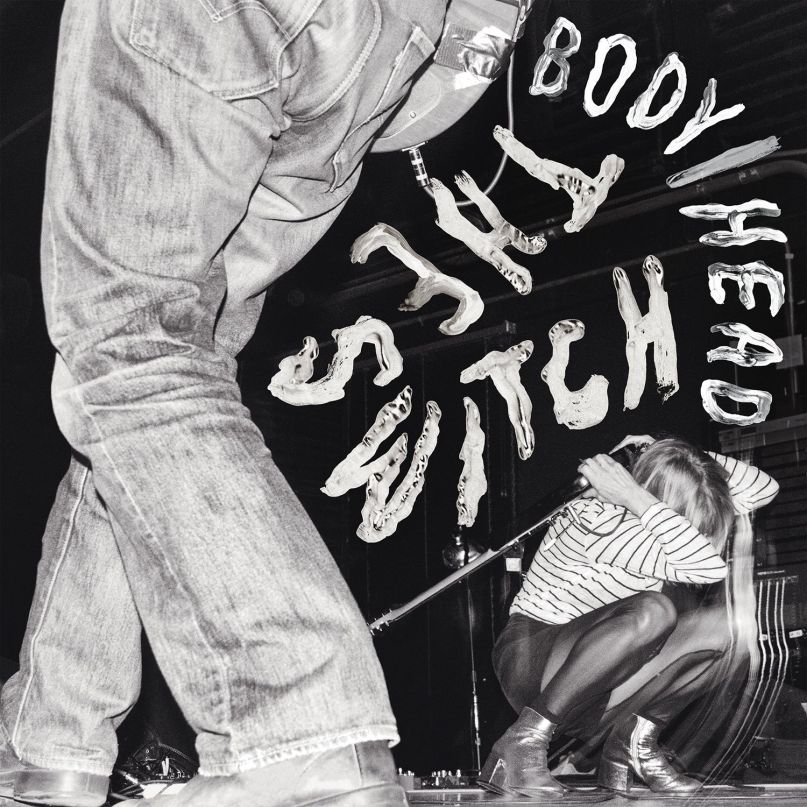 The Lowdown: The second studio album from Kim Gordon’s post-Sonic Youth project is a new creative peak with she and fellow guitarist Bill Nace playing around with variables of feedback, reverb, delay, and pure noise to bring about a collective but controlled chaos.

The Good: The Switch succeeds in maintaining a singular mood throughout. Passages of “In a Dark Room” and “Reverse Hard” feel surprisingly soothing with Nace and Gordon making almost ambient music out of guitar rumbles. At times, those moments are more like the hissing simmer before a tea kettle finally bursts into an calm-shattering whistle. Just as “Reverse Hard” hits the halfway mark, the dam gives way and all hell breaks loose. That lasts only about a minute of what is a 10-minute song, but it’s shattering enough to haunt every second that follows. It’s hard to calm down when you’re bracing yourself for the next assault.

The Bad: There’s not much here to really distinguish this album from the duo’s 2013 studio effort, Coming Apart, or the live recordings that have been released since then. For good and ill, Body/Head still centers on two guitarists who praise texture over technique. As well, the vicious snap and soothing purr of Gordon’s voice rarely comes through clearly, becoming just another tonal element drizzled into Body/Head’s splatter-painting aesthetic.

The Verdict: This is the din we need to drown out the trolls and keep our focus on the struggle. Once the rousing chants and inspiring anthems have petered out, Body/Head is at the ready to provide the dull roar for the waning hours of a protest march or demonstration outside the Supreme Court. Kim Gordon’s voice may have been the spark that lit the blaze, but now she’s using a guitar to conjure up sonic waves to keep pushing us forward.