Advance Base is back with the thoughtful, bittersweet love story of “Dolores & Kimberly”: Stream

Animal Companionship is due out September 21st 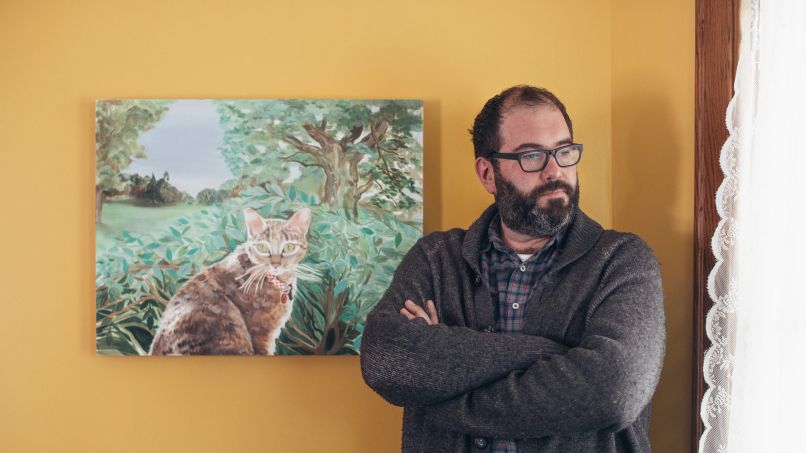 Advance Base, photo by Jeff Marini

Earlier this month, Advance Base, the current project of Casiotone For The Painfully Alone’s Owen Ashworth, announced his third LP, Animal Companionship. With the announcement came the tender opening track, “True Love Death Dream”, a tragic love story with a lovely, relatable message. Now, Ashworth’s back to sing of the not-so-doomed romance between “Dolores & Kimberly”, though his tale still tastes a touch bittersweet.

Of course, that’s often the case with Ashworth’s music, which has always benefitted from the depth and empathy of his intricate, heartfelt lyricism. Here, his words drift in and out of lucidity, with small, clear details (a Thermos, a jacket, a slow dance, “Moon River”) swirling around a love story that, in its wake, leaves a shattered marriage, the likes of which we just barely grasp. It’s extremely touching, but also so crushingly real; the older we get, the more complicated things like love, life, and money become.

Ashworth spoke of the song to The Fader, who also premiered the track. “[The song] is a fictional story about a person who, for unknown reasons, has abandoned their family and moved to a different state to start a new life with a person they met on the internet. They experience simultaneous feelings of guilt and relief, plus the strange excitement of starting all over again. The music was inspired by Joe Meek, Bruce Springsteen, and Patsy Cline, among others.”

Hear the track, which rides along Advance Base’s signature electric piano, below.

Animal Companionship, the follow-up to 2015’s Nephew In the Wild, arrives on September 21st via Run For Cover and Orindal Records. The band will hit the road in September for a lengthy tour featuring a number of Ashworth’s Orindal bandmates. See the full tour itinerary here.