Jerry Seinfeld and Cardi B guest on new episode of Zach Galifianakis’ Between Two Ferns: Watch

After nearly two years, Zach Galifianakis returns with a new installment of his web-based interview series 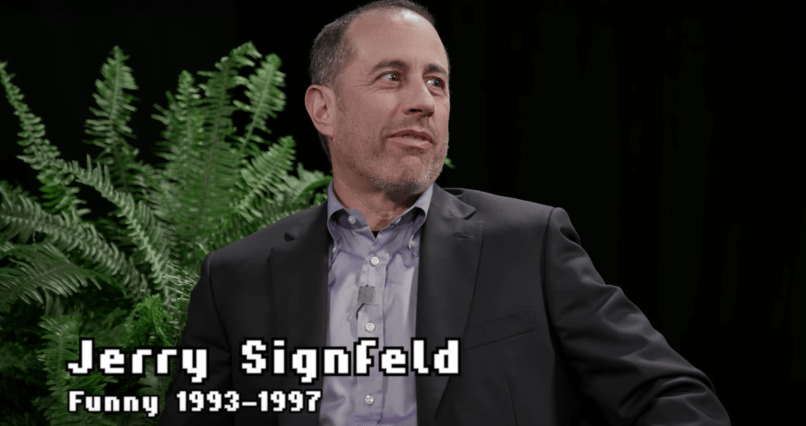 Jerry Seinfeld on Between Two Ferns

It’s been nearly two years since Zach Galifianakis has aired a new episode of Between Two Ferns. Today, however, seemingly out of nowhere, Galifianakis has returned with a brand new installment of his web-based interview series, featuring the incomparable duo of Jerry Seinfeld and Cardi B. Without spoiling too much, Galifianakis isn’t particularly thrilled to be speaking with the Comedians in Cars Getting Coffee host. “What’s next in lazy car-based non-comedy?” he asks Seinfeld before bringing out Wayne Knight, a.k.a. Newman, for a gag that falls flat on its face. Fortunately for Galifianakis, he’s got a “better guest” waiting in the wings in Cardi B. Watch it all below.