Motley Crue drummer got into a brawl with his son, Brandon Thomas Lee, back in March 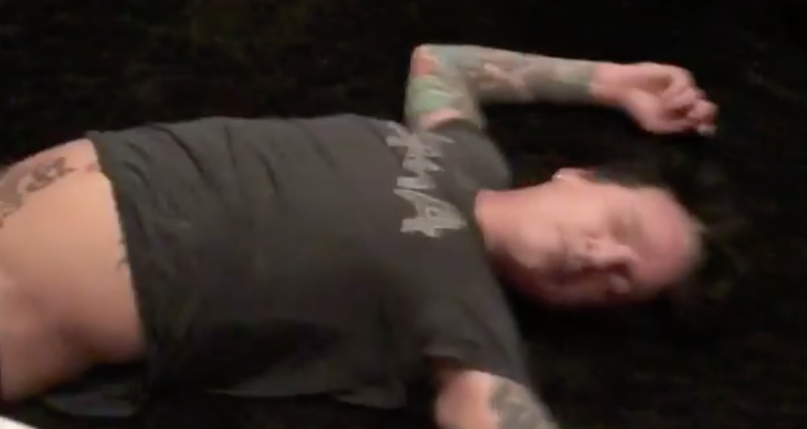 The fight took place back in March, but Brandon decided to share the video after Tommy slammed his children in a Father’s Day message posted to Instagram.

“Sometimes I feel like I failed as a father, because my kids don’t know the value of things. If they break something, they don’t care because they know they’ll just get a new one, if they hurt someone, they don’t care because so many people tell them it’s OK,” Tommy wrote. “I never wanted this for my kids. I know I’m not fully to blame, because their mom has a lot to do with it, enabling bad behavior and buying them things when they weren’t good, but I guess I hoped at the end of the day they would end up kind.”

He continued: “I love them dearly, don’t get me wrong, but man, sometimes it’s really tough to watch your kids grow up without those morals. Nothing can really prepare you for fatherhood …. I love my boys but they can be assholes too…and that’s the truth (Cue Honest Guy music).”

Brandon responded, writing on Instagram: “Remember what happened last time you said this shit? … You gotta show up to be a Dad big guy. If you think we’re so bad (which I can assure you we are not) then you should have showed up to a few more BDays and baseball games. Someone like you couldn’t raise a man like me. I’m twice the man you’ll ever be.”

He added: “Once again painting our family in a negative light. Who the fuck are you? Just move on dude … WE ALL HAVE. Or I’ll put you right back to fuckin sleep.”

He then shared video of his fight with Tommy, which apparently resulted in his father being knocked unconscious:

So how was your Father’s Day?