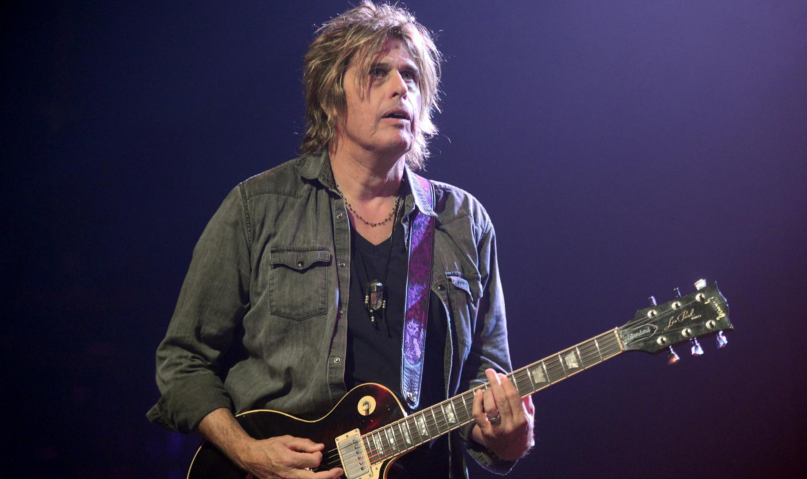 Dean DeLeo, guitarist of Stone Temple Pilots, has been accused of assaulting and mentally abusing his wife, Jenn DeLeo. In new divorce documents filed by Jenn, Dean is described as a violent drug and alcohol addict who has abused his children and wives (including his ex) for years.

The filing comes after Dean reportedly made violent threats against Jenn, confessing to extramarital affairs and telling his wife to leave the house. All of this apparently happened while their six-year-old daughter, June, looked on (via TMZ). According to Jenn, the trouble began around June’s birth in 2012. Dean allegedly started abusing drugs and alcohol, at one point becoming so “completely inebriated” that he took baby June into the ocean and nearly let her drown.

Some months later, Jenn says she found him passed out in the garage with the car running and the garage door shut. Upon waking him up, Dean vomited and angrily assaulted her, throwing her around to the point of almost killing her, Jenn alleges. She also claims he attempted to strangle her numerous times over the course of their marriage. The final alleged assault occurred around Thanksgiving 2017, when Jenn confronted Dean about his cheating. Jenn chose not to press charges so as not to disrupt the holidays, but she reportedly now regrets that decision.

The accusations aren’t limited to Jenn, either, as the documents lay out abuse of Dean’s son from a previous marriage as well as threats to have his ex-wife killed. Dean also threatened to kill himself if Jenn left him, going so far as to invoke the name and suicide of their mutual friend, Chester Bennington.

Interestingly, Jenn is also one of the nearly 400 women who have accused disgraced screenwriter/director James Toback of sexual misconduct. She’s seeking full custody of June as well as spousal and child support.

Dean has yet to respond to reports of the assault allegations.